Indiana man killed by police was wanted in woman’s death 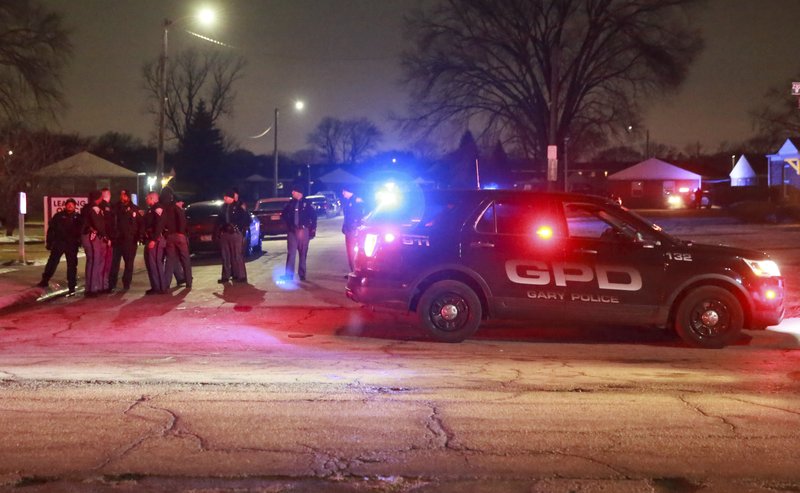 After two hours of negotiations, a Gary SWAT team sought to enter the residence to serve a warrant when police said McCain opened fire, striking the two officers.

GARY, Ind. (AP) — A man who shot and wounded two police officers at a northwestern Indiana apartment complex before being fatally shot by police was a suspect in the strangulation death of a woman he had been dating, police said Tuesday.

Merrillville police said in a statement that McCain was a suspect in the death of Betty Claudio, a 45-year-old Gary woman whose body was found Sunday in a Merrillville hotel room.

The coroner found that she died from strangulation and ruled her death a homicide.

The manhunt for McCain in her killing led officers to the apartment complex in Gary, where he barricaded himself inside a residence, police said.

After two hours of negotiations, a Gary SWAT team sought to enter the residence to serve a warrant when police said McCain opened fire, striking the two officers.

An officer returned fire, killing him.

Merrillville Police Detective Aaron Ridgway said McCain and Claudio had been dating for about a month prior to the discovery of her body.

Both officers shot at the Gary apartment complex are being treated and are in stable condition, said Gary Police Lt. Dawn Westerfield.

Cpl. James Nielsen, a 17-year-old veteran, was shot in the chest, but the bullet was deflected by his protective vest.

He was also shot in the arm.

Cpl. John Artibey, a 14-year- veteran, took shrapnel to the chin and abdomen.

FWCS to open Fort Wayne Virtual Academy for K-12 students in 2021-22, with limitations

Having trouble ordering an Uber or Lyft in Fort Wayne? You're not alone