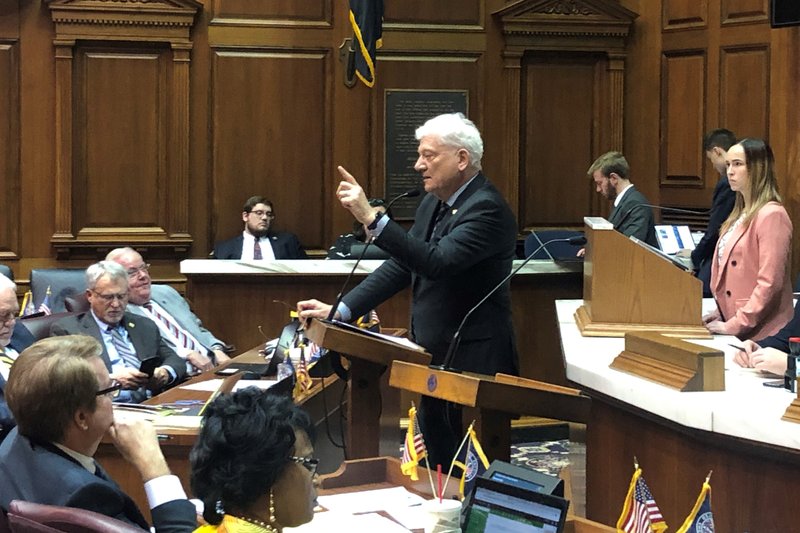 Just two Democrats joined Republicans in supporting the bill, which faces objections from consumer and environmental groups who argue it props up the coal industry and could stifle growth in renewable energy such as wind and solar power.

House members voted 52-41 in favor of the bill that would impose additional state reviews on utility companies for the coming year before they could move ahead with shutting down those plants.

Just two Democrats joined Republicans in supporting the bill, which faces objections from consumer and environmental groups who argue it props up the coal industry and could stifle growth in renewable energy such as wind and solar power.

Republican Rep. Ed Soliday of Valparaiso, the bill’s sponsor, said he wants to slow down any more plant closing decisions before a state energy task force completes a report for legislators that’s due in late 2020.

He said he worries about major actions happening before the Legislature can consider the report and whether to adopt a statewide energy policy next year.

“Whether that is coal or rabbits on a treadmill, we need the lights to come on when we flip the switch,” Soliday said. “We are in transition and all we’re asking is to be able to manage it.”

Those include plans from Indianapolis Power & Light Co. to retire by 2023 two of the four coal-burning units at its Petersburg Generating Station in southwestern Indiana, while Merrillville-based Northern Indiana Public Service Co. aims to shut down four of its five remaining coal-fired units within five years.

Opponents argued that the proposal threatens higher electricity bills for consumers and adding bureaucratic steps for companies with the Indiana Utility Regulatory Commisison.

“Let’s just let the market work its will,” said Democratic Rep. Matt Pierce of Bloomington. “Let’s not shift the balance of the scale to an inefficient competitor who’s having difficulties winning in the marketplace.”

Several coal mines in southwestern Indiana have closed in recent years, and some legislators from that area pointed to the importance of that industry to the state.

“I think we’re foolish to treat coal as something who’s day has come and gone,” Borders said.

The proposal now goes to the Senate for consideration.