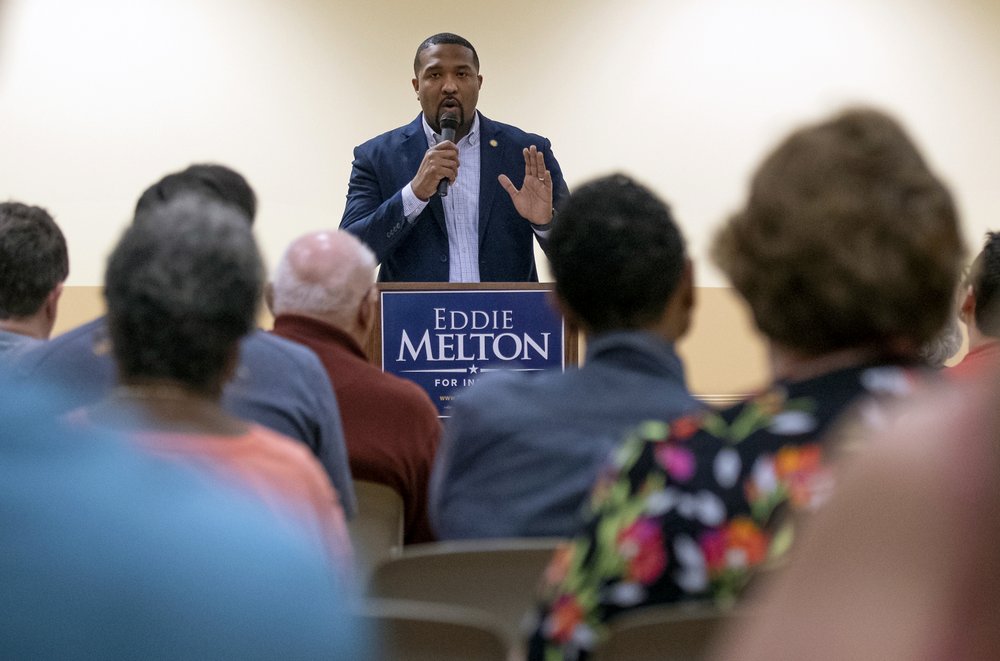 A northwestern Indiana state senator has ended his campaign for governor.

Sen. Eddie Melton of Gary released a statement Monday night citing the work needed to raise the money needed for the statewide campaign in deciding to drop his bid for governor and instead seek reelection to the state Senate seat he first won in 2016.

Melton highlighted education issues and formed a partnership with Republican state schools Superintendent Jennifer McCormick, who introduced Melton at his October campaign announcement and joined him at several public meetings over the summer as he considered entering the race.

“Unfortunately politics today require way too much of a candidate’s time being spent on the phone chasing dollars,” Melton said. “Fixing our systems of elections will take the work of all of us.”

No gubernatorial candidates have yet announced fundraising totals through the end of 2019, but none of the Democrats have filed required state forms for large outside contributions showing they will be anywhere close to Holcomb’s campaign bank account when finance reports are due Jan. 15.

Holcomb has a big front-runner advantage while he seeks re-election and has likely added much to the $6 million that was in his campaign account at the end of June as he’s leveraged leading a GOP-dominated state without any high-profile Democratic challengers.

Melton apparently struggled to raise money despite the support of the Indiana Black Legislative Caucus and the state’s branch of the American Federation of Teachers.

McCormick’s participation with Melton laid bare her split from Holcomb and GOP legislative leaders since she was elected to be state schools superintendent in 2016 with Republican Party support.

She has disagreed with Republican legislators on issues including the use of standardized testing to rate schools and teachers, and her support for increased scrutiny of charter and voucher schools that receive state money.