Black Friday broke shopping records, but not at stores 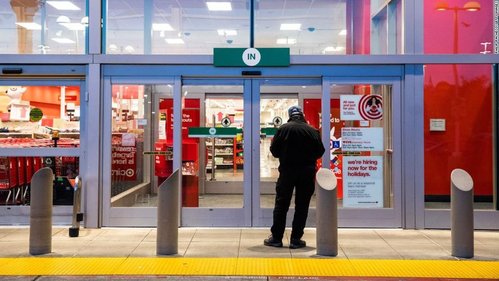 Black Friday shoppers spent a record $7.4 billion online this year. But heading to the stores in person on Black Friday, once an annual tradition for many Americans, continues to lose its appeal.

Shopping in brick-and-mortar stores on Black Friday dropped 6.2% compared to 2018, according to data from ShopperTrak, as more customers make their purchases online. But that's not the only reason Black Friday shopping in stores is fading.

Holiday deals are now starting earlier than ever, more stores are opening on Thanksgiving and promotions are extending to Cyber Monday and into December. Foot traffic in stores increased 2.3% on Thanksgiving Day compared with last year, according to ShopperTrak.

Retailers such as Macy's and Nordstrom have expanded their online pickup options for customers who want to avoid crowded stores but don't want to wait for delivery. It's good for the stores, too, as pickup is more profitable than delivering to customers' homes.

"There is no longer one way to shop on Thanksgiving Day and Black Friday," said Brian Field, senior director of global retail consulting for ShopperTrak.

With this year's Thanksgiving landing six days later than last year, retailers began stepping up their advertising and promotions before Halloween. They offered steep discounts on such items as appliances, sporting goods, televisions and toys, according to Adobe Analytics.

The decline of shopping in stores on Black Friday offers a window into the state of brick-and-mortar retail today.

Some companies, such as Walmart, Target, Costco and Best Buy are benefiting from these closures and are expected to have strong holiday seasons. Target's stock has rallied close to 90% this year and is one of the top performers on the S&P 500.

A healthy economy also will bolster these companies during the holidays. The National Retail Federation estimates retail sales in November and December will grow between 3.8% and 4.2% compared with a year ago.

"The consumer remains strong given low levels of unemployment and rising wages," Cowen analysts said in a research report Friday.

But not every retailer will get a lift. Department stores, mall-based stores and companies that have started to close some stores are most at risk for weak holiday stretches, according to Cowen.