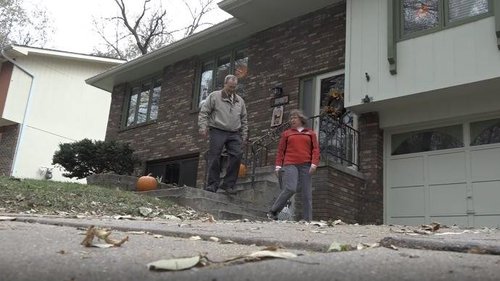 A Bellevue couple thought it would be smooth shoveling through winter with a new driveway but after paying half for the service last April, nothing got done.

BELLEVUE, NE (WOWT) -- A Bellevue couple thought it would be smooth shoveling through winter with a new driveway but after paying half for the service last April, nothing got done.

Then police went to work.

The Allens saved their money for a trip fix.

Kim Moss-Allen said, "Every year. it settles a little bit more and the driveway cracks a little more."

So they paid Galloway Concrete $2,500 or a 50 percent down payment for new driveway.

Kim said, "Got a real good vibe, saw his work. He had done good work at that house but then in the end of the day he just took our money and disappeared."

Stefan Galloway has been charged with felony theft by deception.

Customer Dudley Allen said, "We were deceived in that he was going to replace our driveway and now as time goes on there's no driveway replaced."

After several Six on Your Side investigations more criminal cases are getting built against contractors who get a lot of money down and don't start or complete jobs.

Tim Melvin, with the Bellevue Police Department, said, "We look at each case individually and there a lot of times on the surface it may appear to be a civil matter but once we dig down and start looking at it there's actual intent to deceive which is a crime."

Galloway Concrete has also been suspended from the Better Business Bureau which posted an alert after complaints of 50 percent down payments and no work done.

The Allens not only lost a lot of money but also time. They had hoped to have a new driveway in by this winter.

But Dudley and Kim Moss-Allen won't let Galloway on their driveway.

The Allens want a refund to help pay for another concrete contractor who they'll make sure has a solid reputation.

Stefan Galloway, 28, was released on a personal recognizance bond. He is due in Sarpy County Court later this month for a preliminary hearing. Our messages left on his cell phone haven't been returned.