An 11-year-old South Carolina boy drove 200 miles to live with a stranger he met on Snapchat, police say 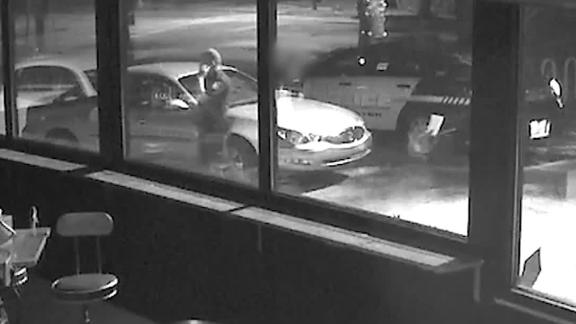 An 11-year-old boy from South Carolina drove 200 miles to meet a stranger he met on Snapchat before a police officer stopped him, Charleston police said. CNN affiliate WCIV reports.

An 11-year-old boy drove 200 miles across South Carolina to meet a stranger he knew only on Snapchat, the Charleston Police Department said.

After three hours of driving, the young boy spotted a police officer, pulled up next to his vehicle and said he was lost, according to police. The child drove from the northwest town of Simpsonville to Charleston.

He told the officer early Monday morning he had taken his brother's car to go to Charleston where he wanted to live with "an unknown male he met on Snapchat," police said.

But when he lost GPS signal on his father's tablet, he couldn't recover the man's address, police said, as Snapchat messages disappear or are deleted after they're read.

The child was able to give the officer his name, his father's name and his cell phone. He was reunited with his family later in the day.

"I would love tonight, right now, anybody who's watching this, who is a parent of a child, especially an 11-year-old, to sit down with your 11-year-old, right now, right this moment and have a conversation about what you're doing on social media, the dangers, the benefits and things that as a parent we need to talk about every day," Charleston Police Chief Luther T. Reynolds told CNN affiliate WCIV.