Asking customers not to bring guns into stores is one thing. Enforcing the policy is another 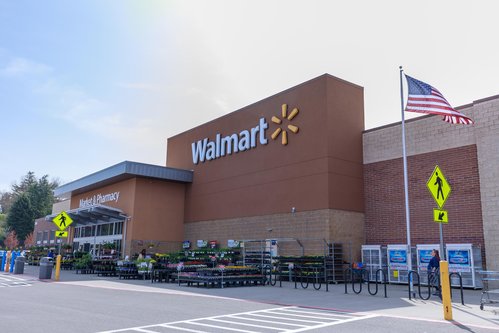 Walmart and seven other retailers made...

Walmart and seven other retailers made major political statements earlier this month when they asked customers not to openly carry firearms in their stores.

The new policies were designed to keep customers and employees safe — or at least help them feel safer — after recent mass shootings in California, Ohio and Texas, including one at a Walmart in El Paso.

But enforcing the new gun policies will be complicated. Employees are on the front lines of enforcing the rules. Educating workers about how and when to approach armed customers requires training, and many employees may feel uncomfortable about asking gunholders to leave a store. There is also little data on whether banning open carry really does keep people safer.

That's why the policies, though well-intentioned, may not have much impact on reducing guns in stores.

'The way that I view this is as more as a symbolic move than an actual move that will have a significant impact on safety,' said Michael Siegel, a professor at the Boston University School of Public Health.

State laws governing how and when private businesses can restrict open carry vary. Typically, businesses have the right to decide who is and isn't allowed on their private property and what rules of behavior people must follow. It's akin to 'no shirt, no shoes, no service.'

If a customer does not abide with a store's clearly posted rules, or if someone ignores an employee's instructions to leave, it may be considered trespassing, said Andrew Karwoski, deputy director of state policy for advocacy group Everytown for Gun Safety.

Certain states have strict specifications for how notices outlining store policies should be posted. Texas, for example, requires stores to post large signs in English and Spanish at each entrance, according to University of Texas School of Law professor Heather Way.

Those are the rules, but asking workers to enforce them may be another matter. Unlike asking a customer to leave the store if they're not wearing shoes, approaching a customer who is carrying a gun could present safety concerns.

'It's very confusing for me because I can't judge someone based on their appearance, if they are a good person or a bad person. So what I do is I move as far away from them as possible, I can at least try and protect myself,' Gabriela Enriquez, a Walmart associate in El Paso, told CNN Business, speaking through a translator. Enriquez works at an El Paso Walmart that is different from the store that was the site of last month's shooting. She had, however, worked for five years at the store that was attacked.

The new policies only address guns that are openly carried, not guns that are concealed. To regulate concealed carried guns, retailers would have to pay to install metal detectors, which can be an unwelcoming hassle for customers.

'Even if you do have some way of seeing if someone has a concealed gun, what do you do then?' said Christian Connors, CEO of Shooter Detection Systems, a company that sells shooting detection and alert technology. 'You're going to pull someone aside in a busy area and ask them to pull out a weapon in the middle of a crowd and give it to you?'

Walmart has said it plans to take a 'non-confrontational' approach to enforcing the policy.

A company spokesperson said that means some customers may be allowed to openly carry guns into the stores, such as customers making a quick stop for supplies on a hunting trip, provided they don't threaten to cause any harm. But if customers or employees feel uncomfortable about someone openly carrying a gun, Walmart managers or a member of the security team may approach that person to remind them of the policy.

When and how to make those enforcement actions will be left largely up to each store, the spokesperson said, though Walmart is rolling out a training program for handling such conversations with customers.

But the result of this policy so far is that some people are still openly carrying guns into Walmart stores, leaving employees feeling vulnerable.

'It's not actually a policy, it's more of a suggestion, and it hasn't helped at all because customers still keep entering the stores with guns,' Enriquez said. 'Before the shooting in El Paso, associates like myself didn't really notice how often customers were coming in with guns but after the shooting, due to how afraid we all have been in the store, it is absolutely more noticeable.'

'I walk into work afraid every single day, as soon as I enter the parking lot,' she said.

A spokesperson for CVS said it is still determining how to enforce the policy and communicate it to employees. The other retailers declined to comment or did not respond to requests for comment.

Does it matter that retailers are just 'asking' customers not to carry guns?

In a practical sense, there is little difference between companies saying they will 'ask' or 'tell' customers not to carry guns — what matters is how they decide to enforce it. By saying they will 'ask' customers not to openly carry guns, retailers may be trying to balance appeasing customers who feel uncomfortable shopping for groceries in a place where people openly carry guns, and not alienating their law-abiding, gun-carrying customers.

In a statement released after Walmart announced the changes to its policies, the National Rifle Association suggested some customers who support gun rights may stop shopping there.

'Lines at Walmart will soon be replaced by lines at other retailers who are more supportive of America's fundamental freedoms,' the NRA said in the statement.

Recent research by analytics firm Edelman Intelligence found 52% of Americans feel more favorable toward companies that no longer allow customers to bring guns into their stores, versus those who were neutral or felt less favorably toward such companies. That number skewed slightly higher for women, who make the majority of household purchasing decisions.

But potentially missing out on slightly less than half of American consumers' spending dollars is a scary prospect for these big box retailers.

Walmart is the country's largest retailer. It has thousands of stores in states where open carry is legal and where some customers may not support restrictions on where open carry is allowed. The other companies who said they'd ask customers not to openly carry guns are in a similar boat. CVS and Walgreens are the nation's largest and second-largest pharmacy chains by locations, with nearly 10,000 stores each around the country. Publix has 35% of its stores in southeastern states that allow open carry.

There is precedent for retailers' business being hurt after taking a stance on gun control. Dick's Sporting Goods experienced a drop in sales following changes to its gun sales policies it made after the Parkland shooting last year.

But these companies are also no longer alone in positioning themselves as part of the gun debate. More than 145 CEOs last week signed a letter demanding the US government take action on gun violence.

'As leaders of some of America's most respected companies and those with significant business interests in the United States, we are writing to you because we have a responsibility and an obligation to stand up for the safety of our employees, customers and all Americans in the communities we serve across the country,' the group said in the letter. 'Doing nothing about America's gun crisis is simply unacceptable.'