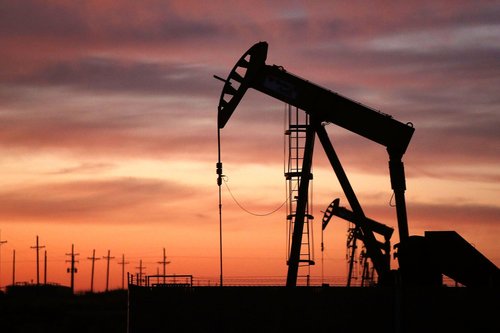 American drivers have gotten used to relatively low gasoline prices. But that will probably change. Crude oil prices are rising after...

American drivers have gotten used to relatively low gasoline prices. But that will probably change. Crude oil prices are rising after attacks on oil fields in Saudi Arabia over the weekend.

Experts say consumers may begin to notice higher prices soon, but the increases may be minimal. Gas prices probably won't climb high enough to substantially hurt the US economy.

The current average price for a gallon of gas nationwide is $2.56, according to AAA.

Prices typically peak for the year during the summer, when people tend to drive more, and head lower toward the end of the year.

Jeanette Casselano, a spokesperson for AAA, said that might not happen this year. The sudden jump in oil prices above $60 a barrel means gas prices are expected to start rising within a few days, she said. How high they go and how long they remain elevated will depend a lot on how quickly Saudi Arabia is able to get production back on line.

Spike in gas prices at end of year is uncommon

Any increase in gas prices at this time of the year is relatively uncommon, according to Patrick DeHaan, head of petroleum analysis for GasBuddy, a firm that has an app that helps people track gas prices at individual stations in real time.

DeHaan notes that most gas stations are beginning to transition to a winter blend of gasoline, which is cheaper to produce and costs less at the pump. But because of the attack on Saudi oil assets, DeHaan estimates that gas prices could climb anywhere from 10 cents to 25 cents a gallon over the next few weeks. He expects many gas stations would spread out any price hikes over a period of time — a couple of pennies per day for about two weeks — so it doesn't come as a sudden surprise to consumers.

"This is not something that will be swift," DeHaan predicts.

The impact from damaged Saudi infrastructure may not hurt the broader economy as much because the United States is no longer as dependent on oil from Saudi Arabia as it once was, in part because of the American shale boom.

In the first half of this year, the United States imported less than half the amount of barrels each day from Saudi Arabia that it did at the same time two years ago, according to AAA's Casselano, citing data from the US Energy Information Administration.

Asian economies are likely more exposed to a long-term supply disruption because Asia is more reliant on Saudi oil exports, noted CFRA analyst Stewart Glickman. Glickman added that US gas price hikes might be tempered if President Donald Trump winds up releasing oil from the nation's Strategic Petroleum Reserve. Trump said this weekend he would open the SPR.

So far, oil prices — and by extension gas prices — remain at reasonable levels.

DeHaan said that the spike in oil prices will probably hurt big airlines that are huge buyers of jet fuel — and airline stocks took a bigger tumble than the broader market Monday. But that probably won't put a dent in consumers' wallets.

He does not think higher gas prices will cause consumers to stop buying as many big SUVs and trucks over smaller sedans — or for automakers to suddenly start making more smaller, fuel efficient cars for that matter.

Casselano of AAA added that consumer behavior hasn't tended to change much until gas prices are in a range of $3.25 to $3.50 a gallon. We're still well below that.

"People will notice the spike. But prices have to be a lot higher before people start to make some lifestyle changes like running fewer errands and going out to shop less," she said.