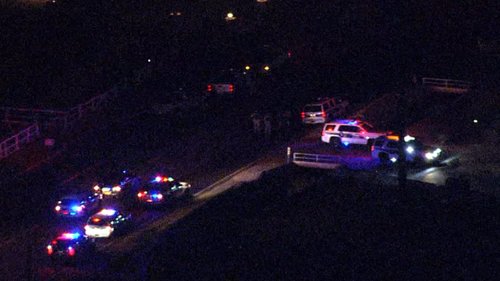 Laveen (KNXV) -- Police are searching for two men who broke into a Phoenix fire engine Thursday night and fired shots at firefighters.

According to Phoenix police, Phoenix Fire Department personnel of station 58 near 51st Avenue and Dobbins Road noticed a man breaking into one of their fire engines in the fenced station yard around 8:30 p.m.

Police say firefighters were able to detain the suspect, but then a second man started shooting at them. The two men then fled the area on foot.

Nobody was struck by gunfire or injured during the incident, police said.

Phoenix police set up a perimeter and searched the area, but were unable to find the two suspects.

No suspect descriptions or additional information was available.

Hi: 56° Lo: 42°
Feels Like: 49°
More Weather
Showers on tap for Sunday with the chance of a few thunderstorms.

NOAA forecasts a warmer winter for much of the United States

Driver killed in Wabash County crash with semi on SR 124, 2 others hurt

Dry and cool Saturday, end of the weekend rain