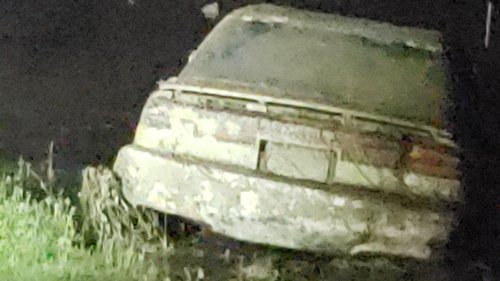 Wellington (WPTV) -- Palm Beach County investigators say a Google Earth search helped uncover the body of a man, who went missing in 1997, from a retention pond in Wellington last month.

Deputies responded to the 3700 block of Moon Bay Circle on Aug. 28 around 6:30 p.m. in regards to a resident finding a submerged vehicle in a retention pond behind his home.

The Palm Beach County Sheriff's Office said a previous resident was doing a Google Earth search in the area and notice what appeared to be a car in a pond behind a residence.

That previous resident contacted the current resident of the home and told him what he saw.

PBSO said the current resident used his personal drone to fly over the pond and spotted the car underwater. He then called the sheriff's office.

Upon arrival, deputies confirmed there was a vehicle in the pond. The exterior of the vehicle was heavily calcified and had apparently been submerged for a very long time, PBSO said.

Upon removing the vehicle, human skeletal remains were found inside.

Detectives and Crime Scene Investigators responded to the scene and took over the case. The vehicle and remains were towed to the Medical Examiner's Office for processing.

On Tuesday, the remains were positively identified as William Earl Moldt, who was reported missing on Nov. 8, 1997.

Moldt was 40 years old at the time he went missing.

According to the National Missing and Unidentified Persons System (NamUs), on the evening of Nov. 7, 1997, Moldt left a nightclub at about 11 p.m. He reportedly did not appear intoxicated and left alone in his vehicle.

According to NamUs, he was not a frequent drinker but did have several drinks at the bar.

Moldt had called his girlfriend from the bar at around 9:30 p.m. to say he would be home soon, and that was the last contact she had with him.

Connecticut man killed in Wabash County crash on US 24