TV à la carte: Which streaming service is right for you? 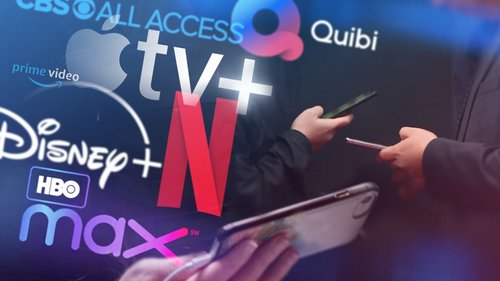 But no household is going to have subscriptions to everything -- and nor would its members have time to watch it all if it did. In an attempt to simplify the process of picking a streaming service that reflects your interests, here are the details on some of the largest current and upcoming players in this game.

Apple has redefined the term 'slow rollout' with this one. It hired Sony Pictures Television execs Jamie Erlicht and Zack Van Amburg back in 2017 and shared news of its paid, ad-free portal in March of this year. A trailer for the Jennifer Aniston-Reese Witherspoon broadcast journalism series 'The Morning Show' was finally released last week (CNN's Brian Stelter consulted on this project).

If that show's not your bag, Apple is also working with Steven Spielberg on a reimagination of his 1980s sci-fi anthology 'Amazing Stories' and on projects with Oprah Winfrey, J.J. Abrams and others -- plus a slew of children's programming.

It will reportedly launch in November and charge $9.99 a month after a free trial.

For those who enjoy a chance to hear actress Christine Baranski swear, there's this streaming arm from CBS. In addition to the Baranski-starring 'The Good Wife' spin-off, 'The Good Fight,' CBS All Access is also home to shows like co-creator Jordan Peele's revamped 'The Twilight Zone' as well as new 'Star Trek' chapters 'Discovery' and the soon-to-launch 'Picard.' Upcoming projects also include a miniseries adaptation of Stephen King's 'The Stand' and a TV take on the cult film classic 'The Man Who Fell to Earth.'

There are also current CBS series like 'Big Brother' and, for those who want to go old school, episodes from classic TV shows like 'Twin Peaks,' 'Cheers' and 'Family Ties.'

Subscription plans start at $5.99 a month after an initial free trial week.

The online resource for DC comics and DC comics-related products includes new series like 'Titans' and the short-lived 'Swamp Thing' as well as classics like 'Lois & Clark: The New Adventures of Superman' and the 1990 version of 'The Flash' (Episodes from The CW version are on CWTV.com and, at least for now, Netflix). Upcoming series include the animated, maybe not-suitable-for-young-viewers 'Harley Quinn,' featuring the voice of an often cursing Kaley Cuoco.

Last weekend's D23 convention made those who enjoy wearing mouse ears nearly salivate over this upcoming streaming service, which launches November 12 with an entry-level fee of mere $6.99 a month (Bundle packages with the Disney-controlled Hulu and ESPN+ will cost more). This could start a streaming price war, as Disney+ content will focus on family-friendly films and known intellectual properties and TV from its various studios, including the unfortunately named 'High School Musical: The Musical: The Series,' a Lizzie McGuire television reboot, and 'The Mandalorian,' the first live-action 'Star Wars' series. It stars 'Game of Thrones'' Pedro Pascal.

Contrary to what the name might suggest, the eventual streaming service from WarnerMedia Entertainment -- a division of CNN parent company WarnerMedia -- isn't just a repository for dragon-themed content. In addition to pulling in content from HBO, the former home of 'Game of Thrones,' HBO Max will also utilize programming from its other properties like TNT, The CW, Crunchyroll and, yes, CNN. Planned original programming include a sequel to The CW favorite 'Gossip Girl,' an adaptation of crime reporter Jake Adelstein's memoir, 'Tokyo Vice,' and the animated comedy 'Gremlins: Secrets of the Mogwai.' It will also future seasons of 'Doctor Who' after they air on BBC America and all 10 seasons of 'Friends.'

The Comcast-owned streaming service made headlines well ahead of its April 2020 launch when it announced earlier this year that it was reclaiming control of 'The Office' from Netflix starting in January 2021. It's unclear how much of the Steve Carell comedy's NBC brethren will join it there, as it was reported that NBCUniversal CEO Steve Burke said on a July 2019 earnings call that a 'vast majority' of the site's initial content will be from outside sources.

According to Variety, the service will be free to NBCUni's pay-cable subscribers and will be ad-supported.

It's not just the name that's memorable. The perspective programming on former DreamWorks head Jeffrey Katzenberg's new streaming service will be ... unique. Projects in development include new variations on established intellectual properties like 'Varsity Blues' and 'The Fugitive' as well the MTV reality shows 'Punk'd' and 'Singled Out.' Original programming in development include 'The Now,' a comedy from 'Green Book's' Peter Farrelly and others about a guy who halts a suicide attempt when his nagging mother tells him that his brother just did the same thing, and 'Dishmantled,' a cooking competition show hosted by 'Unbreakable Kimmy Schmidt's' Tituss Burgess that involves a cannon blasting food into the faces of blindfolded chefs.

According to Vulture, the subscription-based streaming service plans for each of its episodes to run seven to 10 minutes in length with memberships starting at $5 a month.