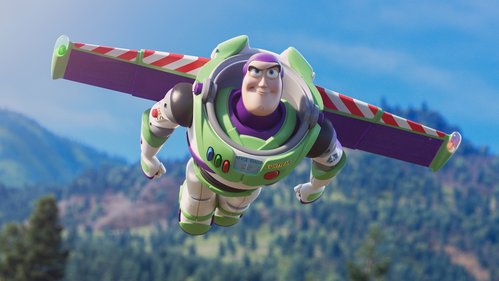 'Toy Story 4' has crossed the $1 billion mark at the global box office, Disney announced on Thursday. That makes the animated Pixar film the fifth billion dollar release for Disney this year. The studio is now the record holder for the most billion-dollar movies in a single year.

Disney hit this new milestone amid a record-breaking year that will also include the launch of Disney+ — a new streaming service that, at $6.99 a month, will likely be the most formidable competitor to Netflix.

On top of that, Disney has sucked up most of 21st Century Fox's assets, giving them even more programs and intellectual property to bolster Disney+. A box office year like this one only cements Disney's status as the king of content.

Meanwhile, the rest of the media and tech industry is trying to strengthen its content arsenal. CBS and Viacom announced on Tuesday that they are merging to become ViacomCBS, Inc. The long-awaited deal between the two media giants puts some of the biggest brands in entertainment such as Paramount, MTV and Showtime back under one corporate banner. Apple TV+ is launching this fall, while WarnerMedia, CNN's parent company, is launching HBO Max in the coming months.

Disney has managed to dominate at a time when there is a glut of content on TV, streaming and in theaters and during a year in which the domestic box office is down roughly 6.5% compared to this time last year.

The only other film to make $1 billion globally this year was 'Spider-Man: Far From Home,' which is a Sony film that's co-produced with Disney's Marvel Studios.

And Disney's big year is far from over.

The studio has a strong slate of films for the rest of the year including 'Maleficent: Mistress of Evil' in October, 'Frozen 2' in November and the final chapter of the Skywalker saga, 'Star Wars: The Rise of Skywalker' opening in December.

Disney announced last month that it has raked in an industry record $7.67 billion worldwide, breaking their own record of $7.61 billion in 2016.

The last time Disney had this many films make $1 billion worldwide was in 2016 when 'Rogue One: A Star Wars Story,' 'Finding Dory,' 'Captain America: Civil War' and 'Zootopia' all accomplished the box office achievement.

'Toy Story 4' is also the fourth Pixar film to make $1 billion joining 'Incredibles 2,' 'Finding Dory' and 'Toy Story 3.' It is the 8th highest-grossing animated film of all time, according to Disney. The film opened to $120 million in North America in June.