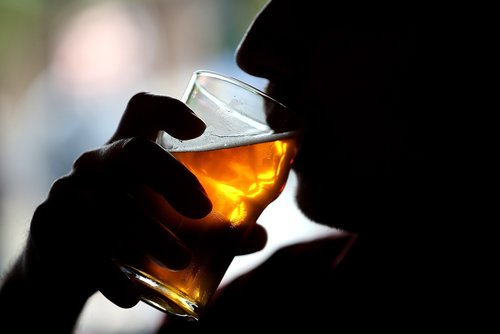 College students have long been criticized for...

College students have long been criticized for drinking way too much alcohol in way too short a time. But they're not the only ones.

A new study finds binge drinking to be a habit among some senior citizens, too.

Just more than 10% of older adults binge drink, putting them at risk for health problems, according to findings published Wednesday in the Journal of the American Geriatrics Society. Researchers surveyed more than 10,000 adults older than 64 about their alcohol use over the prior month between 2015 and 2017.

Excessive alcohol consumption is considered a risky behavior for older adults due to aging-related physical changes, such as an increased risk of falling, experts said. The likelihood of having chronic health issues is also a concern for older binge drinkers.

The most common chronic diseases among older people who binge drink are high blood pressure, with 41.4% of respondents reporting suffering from the condition, heart disease with 23.1%, followed by diabetes with 17.7%, the study found.

"Our results underscore the importance of educating, screening, and intervening to prevent alcohol-related harms in older adults, who may not be aware of their heightened risk for injuries and how alcohol can exacerbate chronic diseases," Han said.

The study's findings also suggest cannabis users and men are at a much higher risk for binge drinking. The use of cannabis mixed with binge drinking has more harmful outcomes compared with using either substance alone, the study highlights.

Marijuana use also is becoming more prevalent among older adults as well, and frequent use can be dangerous to those adults who may not be aware or educated about the heightened impairment effects of consuming alcohol with marijuana, experts said.