If Val Kilmer is in 'Top Gun: Maverick,' what's the deal with the trailer? 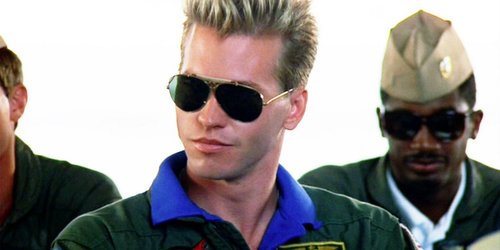 Does the Iceman cometh or not?That's the question on the minds of "Top Gun" fans after the sequel trailer's release.The preview out Thursday gi...

Does the Iceman cometh or not?

That's the question on the minds of "Top Gun" fans after the sequel trailer's release.

The preview out Thursday gives us plenty of Tom Cruise as aviator Pete "Maverick" Mitchell. But what about his adversary and fan favorite, Tom "Iceman" Kazansky, played in the 1986 original by Val Kilmer?

Kilmer is listed in the IMDB credits as appearing in the upcoming movie, yet we don't know how much screen time he will receive.

Cruise told Extra last year that it was "special" working again with Kilmer, who went public about a 2-year battle with throat cancer in 2017.

The illness didn't stop him from advocating to reprise his role.

"Friends said it's official - #TOPGUN2 was announced today," Kilmer wrote with a photo on Instagram showing him in an Iceman T-shirt. "I'm ready Tom- still got my top gun plaque! Still got the moves! Still got it!"

Now that the movie is actually done and headed to theaters in 2020, Kilmer is even more excited.

He posted the trailer on his official Facebook page with the caption "You up for this one, Maverick?"