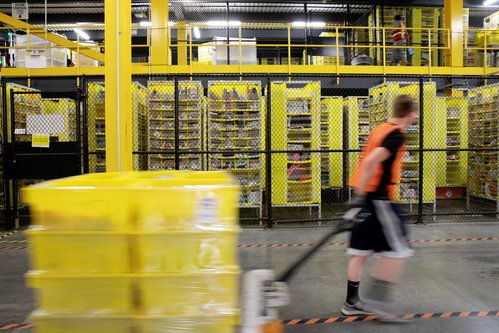 Target and eBay announced this week their own sales that will begin on July 15 — the same day as Amazon's annual event.

Target's "Deal Days" will run for two days, the same amount of time as Amazon's sale. Target held a one-day event last year, which it called "one of our biggest days of the year for online sales."

The retailer said in a release that its sale requires no membership. Amazon's days of deals are meant for subscribers of its Prime program, a subscription service that costs $119 a year and includes free shipping and other perks.

Meanwhile, eBay made a more pointed reference to Amazon in its announcement. The company said it will launch a "Crash Sale" on July 15 that will include "hot deals on top brands" over 50% off, with free shipping and no membership required.

"If history repeats itself and Amazon crashes that day," eBay said, the company will include more deals. That's a nod to the fact that Amazon's website had periodic outages last year on Prime Day.

That sale is part of a larger series of sales on eBay that starts July 1 and includes savings on cookware, camping gear and home appliances.

Amazon's Prime Day is in its fifth year. It allows the company to flex its muscles over its competition and boost its quarterly sales numbers. More importantly, Amazon uses the savings event to spotlight its own products and hook new members on Prime.

It's not a surprise that other retailers want to chip away at Amazon on Prime Day. Although the company doesn't disclose revenue from previous Prime Days, Amazon said last year's sale was its "biggest global shopping event ever."

"Prime Day has changed the terrain of the summer for retailers," Adobe Digital Insights director Taylor Schreiner previously told CNN Business. "Retailers need an effective strategy to address it. The only guaranteed losing play is to ignore it."