Hollywood is having a bad summer. It's killing movie theater stocks 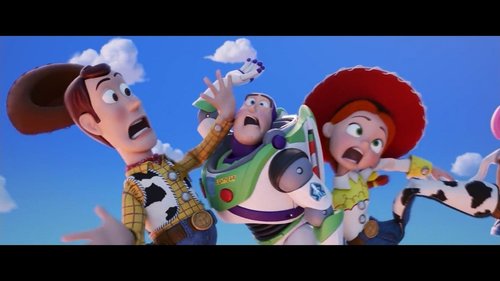 Woody and Buzz Lightyear couldn't save Hollywood from its summer slump, and movie theater chains are feeling the pressure.Shares of AMC Entertainment...

Woody and Buzz Lightyear couldn't save Hollywood from its summer slump, and movie theater chains are feeling the pressure.

Shares of AMC Entertainment fell 5% Monday to a new all-time low, the first day of trading after the opening weekend for "Toy Story 4." The film from Disney's Pixar grossed nearly $120 million in US theaters this weekend — a significant amount, but still below the $140 million that Disney and industry experts expected.

AMC is also being hurt by the fact that it is spending aggressively on theater upgrades. That, coupled with the bad box office, led to a $130.2 million loss in its most recent quarter. Analysts are expecting AMC to post a loss for all of 2019 before returning to profitability in 2020.

Weak box office numbers are also a bad sign for the industry overall. AMC rival Cinemark and big screen operator IMAX each dipped more than 1% on Monday. Both stocks, while up for the year, have lagged the broader market.

Even though another Disney release — "Avengers: Endgame" — became the second-biggest global blockbuster of all time earlier this year, several other films have disappointed.

The X-Men movie "Dark Phoenix," "Godzilla: King of the Monsters," "Men in Black: International" and "The Secret Life of Pets 2" have all underwhelmed at the box office.

As a result, the year-to-date grosses in the United States are down nearly 9% from the same period in 2018. Last year, "Black Panther," "Avengers: Infinity War," "The Incredibles 2" and "Deadpool 2" all ruled the box office in spring and early summer.

Craig Ramsey, chief financial officer of AMC, acknowledged at a Credit Suisse investment conference earlier this month that the company faced tough comparisons to the first half of 2018.

It's not clear why many of this year's movies haven't done as well as was hoped.

It's possible that people are tired of sequels. Americans may also be choosing to binge watch shows on Netflix and other platforms — the era of "Peak TV" is alive and well, giving audiences an alternative that doesn't involve buying a ticket and sitting in a movie theater.

But Mark Zoradi, CEO of Cinemark, said last month that the theaters have been dealing with the threat from TV for decades. Zoradi said at a JPMorgan conference in May that the industry battled cable TV, VHS tapes and DVDs before streaming came along.

"The one thing that has been proven out in this 30-plus years is that people like to get out of their house and go to the movies," Zoradi said.

To that end, the box office could stage a comeback in the second half of this year. "Spider-Man: Far From Home," the latest movie in the Marvel franchise, hits theaters soon. So does Disney's live action version of "The Lion King." "It Chapter Two," the sequel to the 2017 horror film, and "Joker," about the DC Comics villain, are also coming this fall.

The holiday season could also be extremely lucrative for theater chains, largely because of Disney. The company will release the eagerly awaited "Frozen 2" around Thanksgiving. And "Star Wars: Episode IX — The Rise of Skywalker" will debut just before Christmas.

What you need to do to get your government stimulus check