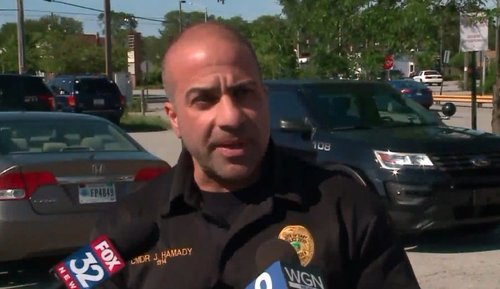 GARY, Ind. (WGN) -- A 16-year-old from Gary was shot and killed Thursday while attempting to sell his Xbox.

The teen, identified as Johnny Peluyera, was with his father when they met up with two men near 51st and Maryland streets to sell the teen’s Xbox. They arranged the meeting using an online sales app.

The boy’s father said he knew something wasn’t quite right. He spotted a gun and tried to warn his son, but the teen was shot in the back as he tried to run back to his father’s car.

Peluyera was pronounced dead shortly after.

His mother, Kelly Arroyo said she can't believer her son is gone. She said he was a wonderful kid who loved video games and cars. He had just gotten his license and was about to get his own Trans Am.

His parents and sister were heartbroken.

The men were described as two African American males in their late teens to early 20s. No further description was provided. Police believe the men are from the area, and are asking for the public’s assistance.

Anyone with information is asked to call police.

Police want the public to remember to always meet at a safe place — like a police department’s parking lot — when dealing with online sales.

Peluyera was set to be a junior at Merrillville High School in the fall.

Hi: 64° Lo: 43°
Feels Like: 50°
More Weather
Sunday is another cool day with breezy conditions and plenty of sunshine.

Allen County to construct 2 shell buildings on southwest side