Madonna and Bruce Springsteen both have new albums out today. It's like the '80s never went away 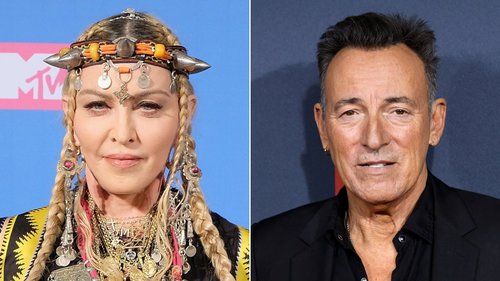 It's the battle of the '80s musical icons.Madonna, aka The Queen of Pop, and an equally formidable musician Bruce Springsteen, nicknamed "The Boss," a...

It's the battle of the '80s musical icons.

Madonna, aka The Queen of Pop, and an equally formidable musician Bruce Springsteen, nicknamed 'The Boss,' are both out with new albums.

It may seem like a hip, young new artist is popping up every day -- but these titans of the '80s are showing that they've still got it.

Madonna's 14th studio album, 'Madame X,' is her latest full-length album since 2015's 'Rebel Heart.' It includes 15 songs and was inspired by her time spent in Lisbon, Portugal.

Some of the songs were already released, including 'Crave,' 'Medellín,' 'I Rise' and 'Dark Ballet.'

Madonna, 60, is following up the album with a 48-date tour beginning September 12. The shows will be held in theaters to accentuate Madonna's performance style.

The Grammy-winning artist has sold tens of millions of records internationally and is known for pushing the boundaries not only in music but also with provocative clothing and videos. She was inducted into the Rock and Roll Hall of Fame in 2008.

To celebrate the album's release, Springsteen put out a music video for the title track, featuring performance footage and scenes shot in Joshua Tree, California.

The crooner has already won 20 Grammys and was inducted into the Rock and Roll Hall of Fame in 1999.