Beyond Meat's stock is up nearly 500%. That's really too good to be true 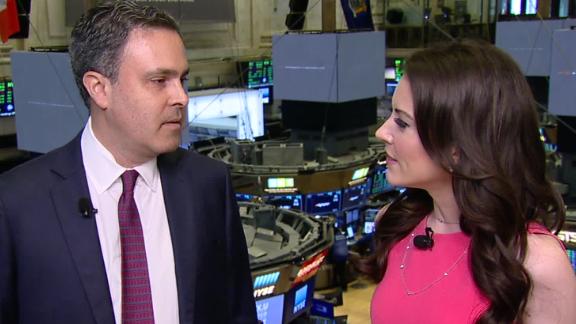 Evolution VC Partners Founder and CEO Gregg Smith says he disagrees with JPMorgan Chase downgrading Beyond Meat to a "neutral" rating and its view that the plant-based protein company's valuation is now beyond reason.

Beyond Meat's stock had soared more than 570% from its initial public offering price as of the market close on Monday. But one Wall Street analyst thinks the plant-based protein company's valuation is now beyond reason.

The runaway success of Beyond Meat since its May 2 IPO seems like a classic case of investor mania.

The company is not yet profitable and reported a mere $40 million in quarterly sales. Yet the company was valued at nearly $10 billion at Monday's closing price of about $168 a share.

To put that into context, the company is worth more than 71 companies in the S&P 500, including much older and well-known consumer companies like Ralph Lauren, Gap, Kohl's, Macy's and Nordstrom.

Beyond Meat has been rapidly introducing new products and has partnered with fast-food companies such as Restaurant Brands-owned Tim Hortons, TGI Fridays and Hooters parent company Chanticleer.

Beyond Meat also has a leg up on its rival Impossible Foods -- which has partnered with Tim Hortons' corporate cousin Burger King on an Impossible Whopper -- because Beyond Meat sells its burgers in grocery stores, while Impossible does not yet have retail distribution.

But JPMorgan's Goldman, who just raised his forecast for the stock to $120 a share last Friday, noted in his report Tuesday that Beyond Meat had surged 'beyond our price target.'

This is particularly noteworthy since JPMorgan Chase was one of the lead underwriters of the Beyond Meat offering. Investment banks typically lavish praise on the companies that they advise.

Goldman said in his report Tuesday that he still believes the company's fundamentals look solid, but he also now thinks the valuation is way ahead of itself.

'Any hiccup in performance — real or perceived — could lead to a meaningful correction in the share price,' Goldman wrote.

But one early Beyond Meat backer continues to show faith in the company.

Beyond stock can easily go up three to five times from its current levels because the market opportunity for plant-based proteins is so large, said Gregg Smith, founder of investment firm Evolution VC Partners, on CNN's 'First Move' with anchor Julia Chatterley on Tuesday.

Evolution bought a stake in Beyond Meat before the IPO. Smith maintained that Beyond Meat is an 'incredible' company, and he noted it also sells meatless sausage and ground-up patties in addition to its pre-made burgers.