Oil plunges back into bear market 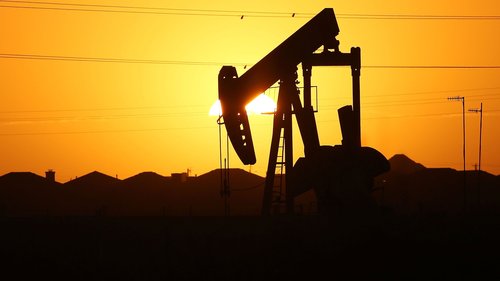 US oil prices have plunged back into a bear market as economic fears have collided with evidence of a supply glut.The...

US oil prices have plunged back into a bear market as economic fears have collided with evidence of a supply glut.

The latest bear market — the second in less than seven months — underlines oil's notoriety as the ultimate boom-to-bust commodity.

US oil prices tumbled 3.4% to $51.68 a barrel on Wednesday after a government report showed a sudden and unexpected spike in oil stockpiles. That leaves crude down 22% from its April 23 closing high of $66.30.

"There was nothing you could point to that was bullish," said Ryan Fitzmaurice, energy strategist at Rabobank.

US oil inventories surged by 6.8 million barrels last week, the US Energy Information Administration said on Wednesday. Stockpiles are now sitting 6% above their five-year average for this time of the year.

Supplies of oil products such as gasoline also swelled. In fact, the build of 22.4 million barrels of oil and products was the biggest increase since weekly data began in February 1990, according to ClipperData.

The number have "gone from bad to worse," Michael Loewen, an analyst at Scotia Capital, wrote in a client note on Wednesday.

US oil prices began to plunge last month as trade war fears swept across Wall Street. Rising trade tensions with China and Mexico threaten to slow the global economy, denting demand for oil and other commodities.

Interestingly, US oil prices continued to retreat the past two days — even as the stock market soared.

"A weak macro backdrop started the oil selloff. Now, there are bearish oil stats coming out while stocks rally back," said Fitzmaurice.

Oil prices tumbled into a bear market in November as worries about a supply glut and slowdown took hold. That oil selloff foreshadowed severe pain in the stock market.

Crude, along with the stock market, raced back to life in early 2019 as recession fears faded and OPEC held back production. Oil was also boosted by US sanctions on Venezuela and Iran.

Fitzmaurice said the dramatic moves — up and down — in oil prices highlight the role of momentum-based computerized trading in the oil market.