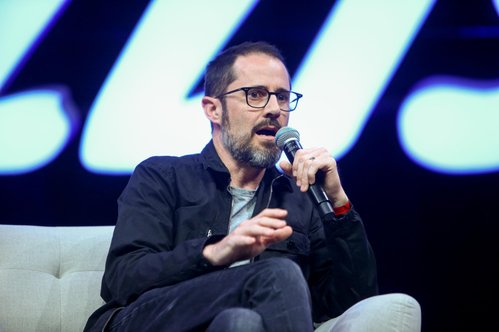 President Donald Trump is a "master" of Twitter, according to the company's co-founder Ev Williams."What Trump has done with Twitter is pretty genius,...

President Donald Trump is a 'master' of Twitter, according to the company's co-founder Ev Williams.

'What Trump has done with Twitter is pretty genius, frankly,' Williams said in an interview with CNN Business at the Collision tech conference in Toronto on Tuesday. 'He's a master of the platform like few others.'

The president regularly uses his Twitter account to go after his political opponents and has made false and misleading statements on the platform. But Williams argued the potential negative effects of the president's tweets on the country's political discourse are 'trivial compared to the effect of the broader media.'

'The vast majority of the electorate is not on Twitter reading Trump's tweets and being convinced by that,' said Williams. 'What they're convinced much more by is the destructive power of Fox News, which is much, much more powerful and much more destructive than Twitter.'

A Fox News spokesperson did not respond to a request for comment Wednesday morning.

It's a view some others in Silicon Valley share: they believe traditional media outlets have devoted extensive coverage to the destructive effects of big tech companies while not examining their own role in creating a more polarized society.

'Why the media's not critiquing itself I think is kind of obvious, and it's very easy to blame the tech platforms,' Williams told CNN Business. 'But it's an ecosystem and the traditional media companies that have benefited financially from Trump very much outweigh the tech companies.'

He also said Twitter should have invested more money and resources into fighting abuse on its platform while he served as CEO but said he didn't believe there were any 'silver bullets.'

As for whether the president's daily tweets were good for Twitter's business, Williams -- who still owns shares in Twitter -- said it's 'hard to say.'

'The fact that the president is on there and causing a lot of noise, it certainly directs more attention,' he said. 'But it doesn't necessarily direct more users or ... more money.'

Williams now runs online publishing platform Medium -- a site he describes as a network for longer-form, more in-depth content. Like other open online platforms, Medium is not immune to abuse. Last month, a post titled 'Pete Buttigieg Sexually Assaulted Me' published on the platform. The allegations about the Democratic primary presidential candidate was picked up by some right-wing websites before eventually being debunked.

'[The blog post] looked a little fishy but it was serious allegations, and we want to not jump to any conclusion,' Williams said.

'I think tapping the world's brains and getting the perspective of millions of people and letting the best ideas float to the top has always been our mission and our ideals, so with that comes a cost,' he said. 'It comes at cost of people trying to game that system and spread false information and abuse it. We have a lot of safeguards against that, and they're not perfect.'