The rising wave of abortion restrictions in America 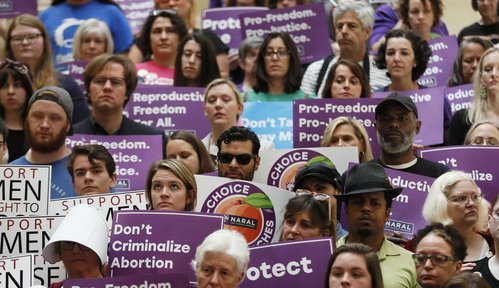 Abortion bans continue popping up across the United States, leaving many people wondering where their states stand. Here's what you need to know....

Abortion bans continue popping up across the United States, leaving many people wondering where their states stand. Here's what you need to know.

Abortion is legal in every state

Abortion is legal under Roe v. Wade, the 1973 Supreme Court decision that legalized abortion in all 50 states.

But most states have set limits in one way or another. This year, a series of strict anti-abortion bills have been passed with the intention to reshape women's access to the procedure.

The most restrictive abortion law in the country is in Alabama. The ban makes abortion illegal in virtually all cases -- including cases of rape and incest -- and doctors who perform abortions could face life in prison.

Lawmakers in Georgia, Ohio, Kentucky and Mississippi also proposed so-called heartbeat bills this year and successfully got them signed into law. Those bills generally ban abortions after a fetal heartbeat is detected, which can be as early as six weeks into a pregnancy -- when many women don't yet know they're pregnant.

Are these abortion bans in effect?

Alabama's ban is set to take effect in November and Georgia's law on January 1.

It's unclear if those laws will go into effect because they are likely to face numerous legal challenges. The Kentucky bill was already blocked by a federal judge and the Ohio and Mississippi bans -- both set to take effect this summer -- are being challenged in court.

Organizations like the American Civil Liberties Union and Planned Parenthood argue the laws are unconstitutional.

... but more bans are in the works

Missouri lawmakers have passed another restrictive abortion bill, moving a step closer to becoming the latest state to ban abortions after a heartbeat is detected. There's a growing list of states seeking to limit abortion rights but at least 11 of them have proposed legislation that specifically mention heartbeat detection.

Some of the proposed bills in Florida, Louisiana, Illinois, New York, South Carolina, Tennessee and West Virginia are still making their way through the legislative process while others like the ones in Texas, Maryland and Minnesota failed to gain traction.

Other states instead have protections

At least nine other states have laws protecting abortion. Oregon is leading the way with a state law that makes abortion legal throughout pregnancy while others only permit abortion prior to viability or to protect the health and life of a woman.