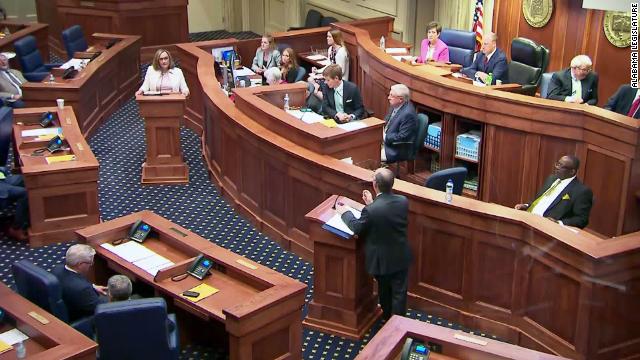 That's especially true with Alabama's new abortion law, the strictest in the country. The law makes abortion illegal in virtually all cases -- including cases of rape and incest. It also says doctors who perform an abortion could face up to 99 years in prison -- similar to punishment for rapists and murderers.

But there are still hurdles ahead. Here's a look at what's next for the abortion law:

The law won't go into effect until November

The new law isn't enforceable until six months after Gov. Kay Ivey signed the legislation, which just happened Wednesday. So the earliest this law could take effect would be November.

Fact check: Is the Alabama anti-abortion law likely to go into effect?

Legal challenges could delay the law much longer

The American Civil Liberties Union and Planned Parenthood Southeast have already announced plans to file lawsuits against the Alabama law, saying it's unconstitutional.

Both groups have a history of asking federal district courts for a preliminary injunction or temporary restraining order.

Whichever side loses will likely file an appeal. That appeal would be heard by the 11th US Circuit Court of Appeals, which covers Alabama, Georgia and Florida.

All this legal wrangling could last years.

Eventually, the law could go to the Supreme Court

In fact, the Alabama legislation was designed specifically to go to the Supreme Court and challenge Roe v. Wade -- the 1973 decision that legalized abortion in the US, said Eric Johnston, president of the Alabama Pro-Life Coalition. The coalition helped draft the Alabama bill.

But it can take years for the Supreme Court to hear a case, if it chooses to hear the case at all. The nation's highest court decides which cases it wants to take, and it might not take up the Alabama law if it's struck down in lower courts.

The American Civil Rights Union of Alabama said it doubts the Alabama law will lead to Roe v. Wade getting overturned.

"There are already 14 cases nationwide in the pipeline, two of which are currently at the Supreme Court of the United States," the group's executive director Randall Marshall said. "The notion that somehow this is going to be the vehicle for the Supreme Court to reconsider Roe v. Wade is really misplaced."

But after the 2020 election

Even if the high court decides to hear the Alabama case, it likely wouldn't do so until after the 2020 presidential election.

To illustrate how long this could take, Louisiana passed a law back in 2014 that requires abortion providers to have admitting privileges to hospitals within 30 miles. That case could be heard by the Supreme Court in 2020 -- six years after the law was passed.

And it's not certain what the Supreme Court would look like if or when it hears the Alabama case. Right now, there's a 5-4 partisan split between conservative and liberal judges.