The New York Fire Department rejected a Navy SEAL for being too old. Now other fire departments are inviting him to apply 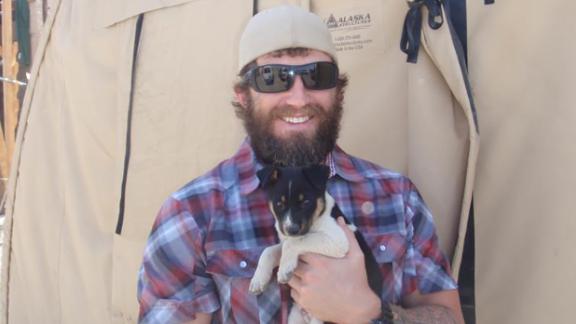 A 37-year-old US Navy SEAL who's served four combat tours was rejected by the New York City Fire Department for being too old. Now other fire departments across the country have reached out to let him know he's welcome elsewhere.

A 37-year-old US Navy SEAL who's served four combat tours was rejected by the New York City Fire Department for being too old. Now other fire departments across the country have reached out to let him know he's welcome elsewhere.

Shaun Donovan, an active Special Operations Chief for the Navy SEALs scored in the top 1% of applicants for the FDNY, according to his attorney Kevin Carroll. He also passed the physical exam. But despite flying to New York twice for the recruiting process since 2017, the FDNY rejected him for being about six months older than the maximum age requirement.

Donovan is still currently serving on active duty in California, but hoped to make the move to New York when he's eligible to retire from the Navy in 2020.

Though he grew up in Tucson, Arizona, his family was originally from Staten Island and always spoke of it, causing a big part of his desire to fight fires in New York, according to his attorney.

The Department of Citywide Administrative Services also allowed him to take a makeup exam in the fall of 2018, months after the initially scheduled test, because he'd been on active duty.

But the DCAS does not vet exam applicants for age, DCAS spokeswoman Jacqueline Gold told CNN.

In February of this year, Donovan received a letter from the department rejecting his application, citing the age requirement. Though he appealed with the FDNY, the Fire Department is not authorized to waive this requirement for anyone, FDNY spokesman Frank Gribbon told CNN in a statement.

Now Donovan has appealed the FDNY decision to the city's Civil Service Commission, and expects a decision by the end of July. But if that doesn't end in his favor, he's prepared to file a civil lawsuit in federal court, Carroll told CNN.

The FDNY, under state and city regulations, cannot accept an applicant who's older than 29, except when they have a military background. The policy allows an exception for military veterans, who can deduct up to six years off their current age to meet that age requirement of 29 depending on how long they served.

Donovan is one of 22 military veterans who took the recent firefighter written exam but were disqualified due to age ineligibility, Gribbon told CNN.

"Several hundred veterans are believed to have taken the test and are eligible for appointment when we reach their list number. In fact, this morning at our training academy, we swore in 327 new probationary firefighters -- 126 of whom are military veterans," Gribbon said.

Having seen media coverage about Donovan's situation, the Denver Fire Department's head recruiter contacted Donovan through his attorney, to encourage him to consider Denver Fire for a post-military career.

"We'll respect what you've gone through, who you are and your age." Pixley told CNN. "I basically just wanted to let him know, that coming out of the military the fire service would be an easy transition and a great career."

Pixley served in the US Air Force.

"I have a little bias toward my veteran sisters and brothers," he said when asked what prompted him to reach out to Donovan.

Denver Fire requires a GED and a minimum age of 21 years old, but has no age cap. Firefighters have continued with DFD into their 60s, according to Pixley.

Similarly, the San Francisco Fire Department requires firefighters to be at least 20 years old and does not have an age cap, but requires EMT certification and the passage of written and physical tests.

SFFD spokesman, Lt. Jonathan Baxter passed along an invitation to Donovan to consider joining their team in San Francisco.

Baxter called the San Francisco Fire Department one of the most diverse in the country, and says they welcome all applicants with a military background.