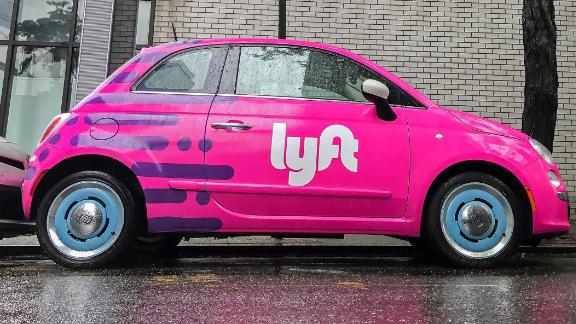 CNN's Christine Romans has the day's top business headlines before the opening bell on Wednesday, May 8.

US stocks are all over the place Wednesday.

Uncertainty over US-China trade led stocks up and down in a rocky trading session. Stocks turned green, with the Dow gaining more than 100 points at one point, after White House Press Secretary Sarah Sanders told reporters that China had informed the administration that the country wants to make a trade deal with the US.

But reports that China is considering countermeasures to the US tariff move knocked stocks off their highs again.

Just before Wednesday's market open, President Donald Trump tweeted that China's Vice Premier Liu He was coming to the United States to 'make a deal'. Stock futures bounced higher on the tweet.

Liu's scheduled trip to the United States had been a glimmer of hope for investors this week, suggesting that trade negotiations could still advance to avoid a fully fledged trade war between the world's two largest economies.

Shares in the technology and industrials sector have been hit particularly hard this week, because of the industries' inherent global nature. Companies rely on global trade for materials, parts and to sell to their end markets.

This week's global selloff in stocks came after the United States made new threats to impose additional tariffs on Chinese imports. That led investors to believe that a market-positive outcome from the trade talks between the US and China was further off than previously believed — and might not lead to a deal at all.

On Sunday, President Donald Trump tweeted that existing tariffs on Chinese goods could be upped to 25% from 10% currently. Treasury secretary Steven Mnuchin and US trade representative Robert Lighthizer confirmed that higher tariffs would be possible by Friday in comments late Monday.

The global stock market declines inspired comparisons of the last big stocks selloff in December. Then, the market was still pricing in more risk of a slowdown in global and perhaps also US growth. But the US economy is chugging along nicely, as the 3.2% first quarter GDP growth proved.