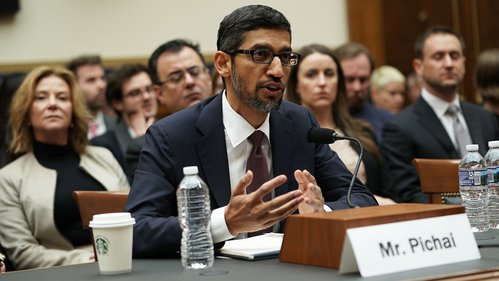 Google wants to give people an easier way to delete their personal data.On Wednesday, the Alphabet-owned company said it's adding auto-delete tools fo...

Google wants to give people an easier way to delete their personal data.

On Wednesday, the Alphabet-owned company said it's adding auto-delete tools for location history data, as well as web browsing and app activity. The feature will be available in the coming weeks.

"We work to keep your data private and secure, and we've heard your feedback that we need to provide simpler ways for you to manage or delete it," the company said in a blog post.

Google's new auto-delete feature lets users select how long they want their activity data to be saved for: three months or 18 months. Then, data will be automatically deleted from a user's account after that amount of time, according to the company.

Google already offered tools to delete all or part of users' location history or web and app activity data, but it had to be done manually. (The manual option will still be available).

The move comes as people are increasingly concerned about their privacy online. Following a string of recent privacy scandals, tech companies including Google and Facebook are under heightened scrutiny over how much data they collect about users and what they do with it.

Facebook announced a similar feature called Clear History last year, which would let users manually delete their cookies and history. However that feature has been delayed. At a recent press event about "integrity" on the platform, Facebook executive Guy Rosen said the tool is now expected to launch this fall.