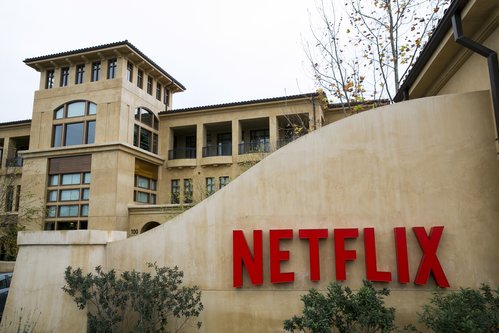 Netflix is arming itself for an intensifying streaming war against well-heeled rivals.Faced with staggering content costs, Netflix is turning to a rel...

Netflix is arming itself for an intensifying streaming war against well-heeled rivals.

Netflix, bracing for competition from the likes of Disney, revealed plans this week to issue another $2.2 billion of high-yield debt.

The king of the streaming world can deploy the funds to help plug the notorious cash burn that has underpinned its rapid subscriber growth. For years, Netflix has splurged to produce blockbuster original hits, such as "Bird Box" and "House of Cards," while simultaneously licensing costly shows such as "The Office" and "Breaking Bad."

"Netflix has been a serial issuer of debt," Patrice Cucinello, director at Fitch Ratings, told CNN Business. "It's necessary in order to compete in this landscape where everyone is bulking up."

Even though Netflix is considered a risky borrower due to its epic cash burn, the company had no problem borrowing more money at generous terms.

In fact, very strong demand allowed Netflix to raise more cash -- and borrow more cheaply -- than it anticipated. Netflix said the deal, which is expected to close next week, will give it funds that can be used for content, production and other purposes.

"Investors want to put their money where new media is," Cucinello said.

Netflix is no stranger to the junk bond market. The company has raised $12.8 billion of high-yield debt since November 2009, according to research firm Dealogic. More than three-quarters of that haul has come in just the past three years.

That corresponds with Netflix's intensifying cash burn. The streaming giant has burned through $7.6 billion over the past four years.

Will old media catch up to Netflix?

That strategy has paid off. Netflix is now on the brink of 150 million subscribers.

"That type of distribution is hard to match," Cucinello said.

Disney revealed plans earlier this month to launch its own streaming service later in 2019. Priced at just $6.99 a month, Disney+ could pose a formidable adversary for existing streaming services like Netflix and Hulu.

AT&T's WarnerMedia, the parent company of CNN, plans to launch its own service by the end of 2019.

Against that backdrop, Netflix warned earlier this month it will burn through another $3.5 billion of cash in 2019, up from its earlier projection of $3 billion.

"There's no change to our plan to use the high yield market to finance our cash needs," Netflix told shareholders in a letter this month.

Of course, that kind of borrowing isn't sustainable forever.

Following the latest junk bond sale, Netflix's gross leverage will climb to 7.5 times its adjusted profits, according to Moody's.

Netflix could be downgraded deeper into junk if "negative cash flows persist at high levels" or "leverage remains stubbornly high," Moody's analyst Neil Begley wrote in a report this week.

Stress in financial markets would be bad news for Netflix as well. Some risky companies were unable to borrow at affordable rates late last year when global markets seized up.

Netflix could be downgraded "if liquidity issues arise" due to problems accessing capital markets, Moody's wrote.

Netflix, like other junk borrowers, is in no rush to see the Federal Reserve resume raising interest rates.

It certainly helps that the junk bond market is booming. High-yield bonds are off to their strongest start to a year since 2009, according to Bespoke Investment Group.

Nearly $72 billion of junk bonds have been sold in 87 deals so far this year, according to Dealogic. That puts the junk bond market on track to easily surpass last year's $163 billion haul.

Wall Street is not fazed by Netflix's debt binge.

Investors have confidence that Netflix's early investments on content will eventually pay off, putting the company on a more sustainable trajectory.

"We're still expecting free cash flow to improve in 2020 and each year thereafter, driven by our growing member base, revenues and operating margins," Netflix said in its shareholder letter.

The goal is for Netflix to eventually fund its content needs by using internally-generated cash.

Moody's anticipates Netflix's leverage ratios will "drop gradually over time" as the company matures and content costs level off.

Netflix even "has the ability," according to Moody's, to break even on cash flows by 2023.

If that happens, the junk bond market could lose one of its most frequent visitors.