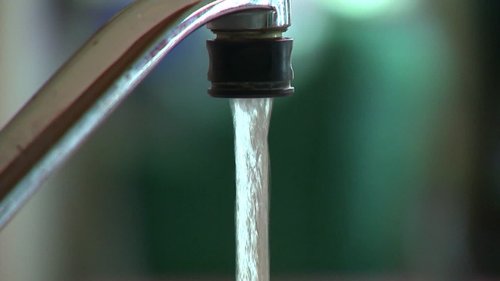 Should children and pregnant women be screened for elevated lead levels if they don't show symptoms? Doctors are working to determine if so and how often....

Should children and pregnant women be screened for elevated lead levels if they don't show symptoms? Doctors are working to determine if so and how often.

"The current evidence is insufficient" to support such screening, according to the recommendations from the US Preventive Services Task Force, published in the medical journal JAMA on Tuesday.

The task force is an independent group of national experts in medicine who make recommendations that affect clinical practice.

Now, "we're issuing an 'I' recommendation, which means that we're saying that there's insufficient evidence to recommend for or against routine lead screening in children, and the 'I' recommendation, as you might know, is really a call for more research," said Dr. Alex Krist, the task force's vice chairman and professor of family medicine and population health at Virginia Commonwealth University.

"What's really changed is the type of exposures that children have for lead, and it's actually more difficult to figure out if a child is or isn't at risk. So we were not confident in saying, 'Don't do this for low-risk children,' " he said.

"There's been a lot of public health advances in reducing lead exposure over the past couple of decades, and that's a positive thing. But there's still sources of exposure, like contaminated drinking water, lead piping and other sources that still exist and still can adversely effect children today."

Elevated lead levels in the blood can put a person at risk of lead poisoning, which can harm a child's mental development. It can also influence memory in adults.

High lead levels can be detected by collecting a small blood sample, such as with a finger or heel stick, and testing the blood. Another way to screen is with a questionnaire about risk factors for lead poisoning.

The US Centers for Disease Control and Prevention says that about half a million children ages 1 to 5 in the United States have blood lead levels above 5 micrograms per deciliter, the reference at which the agency recommends that public health action be taken.

There is no safe blood lead level in children, according to the CDC.

There also was a lack of evidence to measure the benefits and harms of screening for elevated blood lead levels in both children and pregnant women.

"We're always looking to see if there's new evidence, and if ever there is new evidence about what clinicians should or shouldn't do, we will update our recommendations," Krist said.

The insufficient evidence referenced in the new recommendations "does not mean that screening children for elevated lead levels is not necessary," Dr. Michael Weitzman, a pediatrician and professor at NYU Langone Health in New York, wrote in an editorial published alongside the recommendations in JAMA.

"Nowhere does the USPSTF recommend that we abandon screening children for elevated lead levels. For the time being, the guidance of the American Academy of Pediatrics, Centers for Disease Control and Prevention, the Medicaid Program, and local, state, and federal regulations remains indispensable," Weitzman wrote.

"It is essential that we work closely with health departments, housing authorities, local and state municipalities, early intervention programs, and school departments in providing coordinated care for children with elevated lead levels while conducting and supporting research and joining forces with these and other child-oriented organizations in advocating for primary prevention efforts," he wrote. "The risk of not doing each of these things is too great for our children and our society."