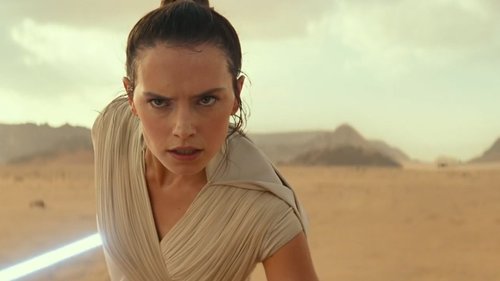 The Emperor is back, and with him, a new hope for "Star Wars: Episode IX."The Emperor's trademark cackle at the end of...

The Emperor is back, and with him, a new hope for "Star Wars: Episode IX."

The Emperor's trademark cackle at the end of the new trailer, and a surprise appearance by the actor who plays him, Ian McDiarmid, saved the best for last at the Star Wars Celebration presentation devoted to the next movie, which also revealed its subtitle, "The Rise of Skywalker."

Still, it was the suggestion that the Emperor -- who appeared to die in "Return of the Jedi" -- would again somehow be part of the story that provided a surge of enthusiasm for the next movie, and seems in some way to address many of the criticisms aimed at the previous one, "The Last Jedi."

One of the complaints about "Last Jedi" involved the lineage of the character of Rey, played by Daisy Ridley, after all the speculation devoted to how she might connect to characters of the past.

In essence, the tantalizing possibilities that "Star Wars" enthusiasts spent two years analyzing and debating after "The Force Awakens" were largely dismissed by director Rian Johnson's movie, in a way that left many (including this critic) feeling disappointed.

Whatever the explanation, bringing the Emperor back creates a powerful link to the original trilogy, and the promise of a denser addition to the "Star Wars" mythology. It also gave an additional wallop to a line spoken in the trailer by the unseen presence of Luke Skywalker, "No one's ever really gone."

Obviously, the concluding installment in what has been billed as the Skywalker family saga was going to be a huge deal, and the anticipation for the December release was destined to be enormous, even with the naysaying about Episode VIII.

But seeing McDiarmid on stage, somehow, just made "The Rise of Skywalker" feel a whole lot bigger -- a movie where, after some misgivings, suddenly the sky's the limit.