'Dumbo' gets Disney live-action parade off to high-flying start 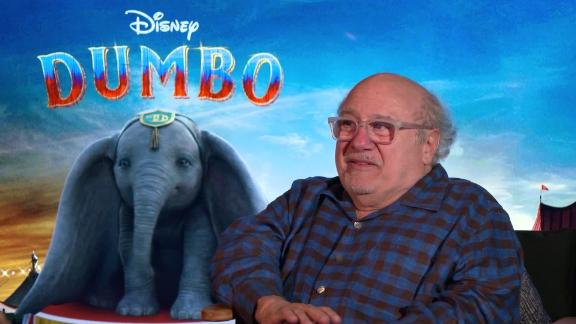 Tim Burton gives the animated classic new wings, or rather ears, in a live action retelling

"Dumbo" achieves a minor miracle, taking a challenging animated classic and completely refashioning it into an effective, often-charming live-action movie. Director Tim Burton seemed like an unorthodox choice for the assignment, but the lead entry in this year's Disney adaptation parade sets the bar nearly as high as an elephant's eye for "Aladdin" and "The Lion King."

Although the original 1941 film is rightfully beloved, parts of it haven't aged well, and the story's slim nature -- coupled with the near-absence of significant human characters -- created formidable hurdles with which something like "Beauty and the Beast" didn't have to contend.

So give credit to Burton and screenwriter Ehren Kruger for basically knitting together this "Dumbo" with only a rudimentary connection to the source, while incorporating a relevant message about the natural world and circuses that provides timely underpinnings to this otherwise fanciful tale.

Set exactly 100 years ago during the heyday of circuses, the movie has a foot in World War I. Veteran Holt Farrier (Colin Farrell) returns to his two children (Nico Parker, Finley Hobbins), who have lost their mother while their dad was losing an arm in Europe.

A circus rider, Holt is ready to rejoin the big top, but the circus' colorful proprietor Max Medici (Danny DeVito) has other plans, wanting him to work with the pregnant elephant he has just acquired.

The baby soon arrives, but he's not the cute little attraction that Medici had in mind. Instead, his massive ears make him an object of derision -- at least, until he surprises the two kids by Inhaling a feather and promptly blasting himself into the air.

Where the circus reveal about Dumbo's flying abilities was basically the big finish to the original, here, it's just the beginning of the little elephant's journey. Again separated from his protective mother, he becomes a much-pursued prize, with Medici approached by a sleazy circus impresario played by Michael Keaton, who, along with Burton and DeVito, joins an unlikely "Batman Returns" reunion.

Although positioned as a family movie, "Dumbo" has some deeper thoughts beneath those over-sized ears. Beyond the animal-rights undercurrent, there's a not-so-subtle warning about corporate greed run amok, which might seem like a slightly awkward juxtaposition with Disney's obvious desire to translate the adorable elephant into shelves full of plush toys.

Even so, while Dumbo is plenty adorable with those big, soulful eyes, there are no talking animals here. That means grounding the story and emotion not only in the little elephant's plight but those of the human characters, which includes the kids dealing with their own parental issues.

Fortunately, Burton has orchestrated a dense and intricate world, with the colorful circus denizens and design bringing to mind Robert Altman's "Popeye." Composer Danny Elfman, meanwhile, delivers his latest lush score in the service of a Burton movie, which also features an updated rendition of the song "Baby Mine."

Purists can quibble, of course, about the need to mine the Disney vaults in this manner, but doing so ignores the prevailing tides in an entertainment industry built around exploiting established intellectual property.

Allowing that movies like "Dumbo" are inevitable, this feels like a genuine overachiever -- a film that doesn't always soar but flies higher, and more gracefully, than it honestly had any right to given the level of difficulty involved.