'Clueless' cast reunion: As if we wouldn't be thrilled 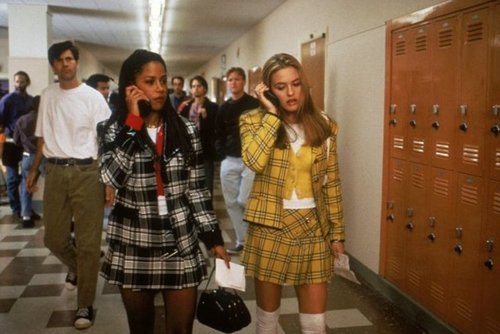 Alicia Silverstone is still a "Betty" and Paul Rudd is honestly "kind of a Baldwin."Some members of the cast of the hit 1995 film "Clueless" reunited...

Alicia Silverstone is still a "Betty" and Paul Rudd is honestly "kind of a Baldwin."

Some members of the cast of the hit 1995 film "Clueless" reunited this weekend for the Chicago Comic & Entertainment Expo.

Silverstone, who played the lead character "Cher," was joined by Rudd ("Josh"), Breckin Meyer ("Travis") and Donald Faison ("Murray") on a panel to talk about their now cult classic film.

The group also paid tribute to their late co-star Brittany Murphy, who died from a combination of pneumonia, an iron deficiency and "multiple drug intoxication" from prescription and over the counter medicines in December 2009 at the age of 32.

The actress was at the top of her career, having established herself as a major movie star in films including "Girl, Interrupted" and "8 Mile."

Meyer also worked with her on "Uptown Girls" and "King of the Hill" and said Murphy "was so incredibly talented."

"Ridiculously talented," Meyer said. "Like, you see [her in Clueless] and then you watch 8 Mile, and you're like, 'That's the same person?'"

"She was a sweet person, too," Rudd said. "She was just always so smiley and sweet."

The audience was thrilled and the former cast members appeared to be as well, posting about it on Instagram.

"So much fun hanging out with these boys today #paulrudd @donald_faison and @breckinmeyer!" Silverstone wrote on Instagram. "They had me laughing so hard on our panel. Such a great day at #c2e2."

Way to keep rolling with the homies.