Jussie Smollett expected in court for his arraignment 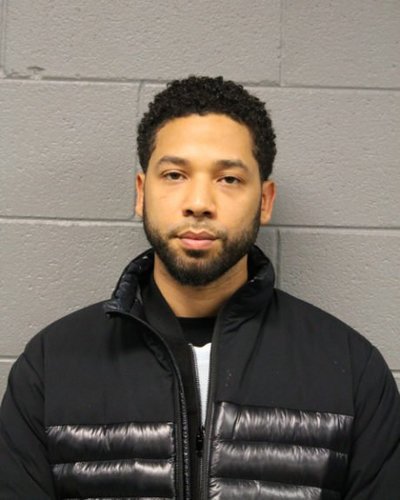 Actor Jussie Smollett will appear in court Thursday for a second time this week after he was indicted on 16 felony counts for allegedly staging a hate crime...

Actor Jussie Smollett will appear in court Thursday for a second time this week after he was indicted on 16 felony counts for allegedly staging a hate crime and filing a false police report.

The 'Empire' actor, 36, will be arraigned before a judge and enter a formal plea. He was in court Tuesday for a hearing to determine whether a judge should allow cameras in court.

His legal team said it welcomes cameras in court due to what it described as 'misinformation' leaked to the media since he reported his attack in January.

'There has been a lot of misinformation in this case that has been presented as fact and evidence against Mr. Smollett, which is demonstrably false,' said Tina Glandian, the attorney for the actor:

'We welcome cameras in the courtroom so that the public and the media can see the actual evidence and what we believe is actually going to be the lack of evidence against Mr. Smollett. And we look forward to complete transparency and the truth coming out.'

Smollett has been indicted on 16 felony counts of disorderly conduct by a Cook County grand jury.

Mark Geragos, one of Smollett's attorneys and a CNN legal analyst, said the actor maintains his innocence and called the indictment 'prosecutorial overkill.'

'This redundant and vindictive indictment is nothing more than a desperate attempt to make headlines,' Geragos said.

Smollett reported to police in January that he had been attacked in Chicago in an incident that ended with a noose around his neck. Police initially investigated the case as a possible hate crime.

The indictment says Smollett told police he was attacked around 2 a.m. by two men who used racial and homophobic slurs.

After police detained two brothers who were 'persons of interest' in the case in mid-February, police sources revealed that authorities suspected Smollett knew the men and allegedly had paid them $3,500 to stage the attack. The men were released without being charged.

Smollett has denied any involvement in orchestrating an attack.

He was charged in February with felony disorderly conduct. The judge granted a $100,000 bail, and Smollett paid a $10,000 bond. He was ordered to give up his passport and will remain under supervision until his case is adjudicated.

'Like any other citizen, Mr. Smollett enjoys the presumption of innocence, particularly when there has been an investigation like this one where information, both true and false, has been repeatedly leaked. Given these circumstances, we intend to conduct a thorough investigation and to mount an aggressive defense,' Smollett's attorneys said in February.

'Empire' producers decided to remove Smollett's character, Jamal, from the final two episodes of the season. The decision was made to 'avoid further disruption on set,' producers said.