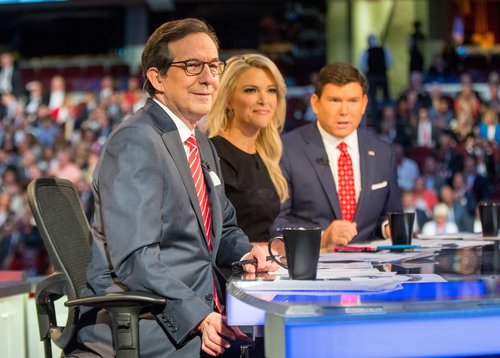 A Democratic congressman said Monday he disagrees with his party's...

A Democratic congressman said Monday he disagrees with his party's decision to not hold 2020 presidential primary debates on Fox News, arguing that it's important for the candidates to share their views with the network's audience.

"Well, with all due respect to the (Democratic National Committee), no, I don't think it was the right decision," Connecticut Rep. Jim Himes said to CNN's Alisyn Camerota on "New Day."

Last week, the DNC announced that "Fox News will not serve as a media partner for the 2020 Democratic primary debates," citing recent reporting in The New Yorker about the mutually beneficial relationship between Fox and the Trump administration, which DNC chair Tom Perez called "inappropriate."

"You know, look, it's no surprise to anybody, including Fox News watchers, that Fox is largely an instrument of the right wing -- of the Republican Party. It's a propaganda arm for the White House," Himes said, adding that he makes appearances on the network because he believes if you put Democratic ideas "against whatever the nonsense is on the other side," Democrats "will have the appealing ideas."

The first debate of the Democratic primary season will take place in June with NBC, MSNBC and Telemundo, while the second will air in July on CNN.

Himes told Camerota that "a debate is a very highly structured moment."

"It is, in some senses, fair. It's not like, you know, (Fox News host) Sean Hannity can jump in and challenge Bernie Sanders," he said.

CORRECTION: This story has been updated to accurately reflect that Rep. Jim Himes was speaking to CNN's Alisyn Camerota on "New Day."