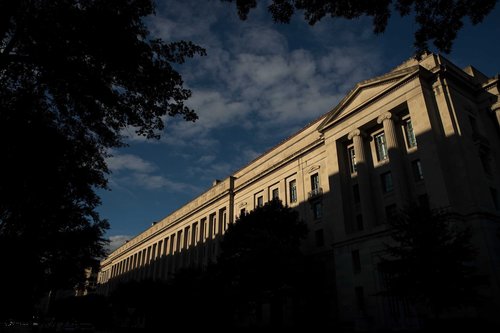 The US Department of Justice has launched an investigation into the sales and marketing of a drug approved three years ago to help treat Parkinson's patients...

The US Department of Justice has launched an investigation into the sales and marketing of a drug approved three years ago to help treat Parkinson's patients suffering from debilitating psychosis.

The drug's maker, Acadia Pharmaceuticals, disclosed the investigation in filings with the Securities and Exchange Commission. Citing a desperate need for a seriously ill population, the Food and Drug Administration approved Nuplazid in 2016 despite a conclusion from the government's medical reviewer that the benefits of the antipsychotic medication didn't outweigh its risks.

It is the only drug on the market approved to combat hallucinations and delusions in Parkinson's patients.

In November SEC filings, Acadia said it had received a civil investigative demand, or CID, requesting certain documents and information under the False Claims Act, which the federal government uses to recoup fraudulent gains.â€¯The company said it had received the CID in September. It did not provide details, to CNN or in its filings, about what prompted the investigation.

Acadia said it is fully cooperating with the government's request and that it will continue to do so. "ACADIA is committed to a culture of compliance and we foster business practices grounded in responsible and ethical behavior intended to fully comply with applicable laws and regulations," the company said in a statement to CNN. It also said that "nothing is more important to [the company] than the well-being of the people who use NUPLAZID."

The origins and focus of this specific investigation have not been made public, and False Claims Act experts interviewed by CNN said DOJ inquiries like this do not necessarily mean the government already has strong evidence of wrongdoing and can often take years to be resolved.

Health care fraud attorneys and professors say the majority of false claims investigations start with lawsuits filed by whistleblowers alleging wrongdoing in the hopes the government will join the case and take action against the company or individuals. If successful, these cases can result in payouts for the whistleblowers and are kept under seal until the government has time to investigate the allegations and decide whether to intervene.

The False Claims Act can be used in health care fraud cases, including those involving either allegations of kickbacks to doctors or off-label marketing, according to the federal government. It is illegal for pharmaceutical salespeople to tout a medication for unapproved uses. And while pharmaceutical companies are allowed to pay a doctor to promote a drug to colleagues and other medical professionals, doctors cannot prescribe the drug in exchange for payments from a manufacturer -- known as kickbacks.

Some of these investigations end with no government action, while others have led to multimillion-dollar settlements and penalties.

"CIDs are unfortunately common — but in the same way that health care fraud is unfortunately common. They signal that DOJ is aware of credible allegations of fraud," said Jim Barger, an attorney who specializes in False Claims Act litigation and a professor at the University of Alabama School of Law.

"Companies and investors should take CIDs very seriously and proceed with caution. They are not to be shrugged off as some routine inquiry."

Former DOJ attorney Jacob Elberg, who led the health care and government fraud unit of the New Jersey US attorney's office, said that False Claims Act investigations often look at sales and marketing materials, correspondence between salespeople and doctors, as well as payments made to prescribers of the drug.

Separate government data also tracks payments made to physicians by pharmaceutical companies, as well as free travel, food and drink provided by the company. The online dashboard displaying this data compares each doctor's total non-research-related payments to the national average of roughly $3,300 and median of around $156 in 2017.

A CNN analysis of these two public datasets shows that of the 170 Medicare Part D prescribers who had filed more than 10 Nuplazid prescription claims in 2016, the year it hit the market, around 25% were listed as paid consultants in the current government payment data. When asked by CNN what these doctors were being paid to do, Acadia said it previously misclassified many of its payments in the government data. It has since submitted updated figures to Medicare -- saying that many of these physicians were paid by the company to speak about the drug and Parkinson's Disease Psychosis (PDP). It said this corrected data results in less than 25% of the 170 prescribers being either paid consultants or speakers for the company, but would not provide CNN with the specific payment information, which will not be available to the public until summer.

More than 10% of all Medicare Part D claims for Nuplazid -- adding up to more than $2.1 million -- came from these physicians, according to an analysis of the currently available data conducted by CNN. While it makes sense for a drug company like Acadia to work with doctors who are familiar with the medication it sells and no one data point on its own can tell the whole story, several health care fraud experts said the company's relationship with top prescribers would be of interest to the DOJ.

In response to the figures, Acadia said that "a large number of prescribers account for the vast majority of prescriptions." The company also highlighted that payments to doctors averaged $380 in 2016 and $1,225 in 2017. Using its own analysis of 1,448 physicians and other medical professionals who prescribed Nuplazid in 2016, Acadia said 95% received "nominal" transfers of value, which the company defined as $125 or less (which it said is its spending limit for one physician dinner and ancillary costs), or nothing at all. These doctors, it said, wrote more than 80% of total Medicare prescriptions for the drug. Acadia said this group was "representative of all prescribers," though it did not include everyone who had prescribed the drug.

Medicare data about the doctors who prescribed Nuplazid in 2017 is not yet available, but doctor payment data is. This shows that 26 doctors received six-figure payments (including financial compensation, free food, drink and travel) in 2017 -- all related to Acadia's sole drug, Nuplazid. CNN reached out to a number of these recipients to ask what work they did in exchange for payments, but so far none have responded. In total, Acadia spent more than $8 million on payments to doctors, including covered meals and travel. The highest paid physician in 2017 (the drug's first full year on the market) received nearly $200,000 in that single year.â€¯The Southern Investigative Reporting Foundation highlighted these payments to doctors last year as part of a report that called Acadia's marketing into question.

Acadia said most of the 2016 and 2017 payments were for speaking events used to spread awareness about the drug and its use in treating PDP. The company said Its educational activities "play a critical role in advancing patient care and help ensure NUPLAZID is used in a safe and effective manner" and that it has policies to ensure that these interactions are in compliance with the law. It noted that payments decreased by 46% last year to $4.7 million, as public data will show when it is released this summer, and said that more than 13,000 practitioners have prescribed the drug since its launch in 2016.

"Our interactions and engagements with health care professionals are for legitimate purposes," Acadia said, noting they are conducted in accordance with industry standards.

When a medication is new, aimed at a niche market and the only approved drug for a given population, companies may spend more to hire doctors who can educate colleagues about the drug and the condition it treats. Still, the health care fraud attorneys and professors CNN spoke with said the amount of money Acadia has paid to doctors is surprising and that investigators would want to see evidence of the specific work they did in exchange for the six-figure payments.

Inside the FDA's recent safety evaluationâ€¯

Nuplazid's review by the FDA was expedited because the drug had been designated a "breakthrough" medication — meaning the agency deemed it demonstrated "substantial improvement" in patients with serious conditions compared to treatments already on the market.

In a CNN report last year on a high number of deaths reported to the FDA about patients taking Nuplazid, some physicians and medical researchers worried the drug was approved too quickly, based on too little evidence that it was safe and effective.

CNN has heard from several family members who say the drug helped tame their loved ones' hallucinations with few apparent side effects, and several prescribing physicians have said they don't have any concerns about the drug and have welcomed an FDA-approved option for such a difficult condition. Other people have questioned whether Nuplazid contributed to their family member's decline or death or said the drug didn't work.

After the CNN report, the FDA completed a new safety evaluation into Nuplazid and announced in September that the review had not identified any "new or unexpected" risks or findings inconsistent with the drug's current warning label. As a result, the agency determined no changes to the label, which includes the FDA's most severe black box warning, were necessary.

In underlying review documents, recently obtained by CNN, the FDA's Division of Psychiatry Products attributed the "large number of reported deaths" on an already sick population and a distribution system that made it more likely the company would learn of deaths, which it is required to pass along to the FDA. The company distributes Nuplazid through a network of specialty pharmacies that allow them to be in more frequent contact with both patients and caregivers.â€¯"If the reporting rate from the specialty pharmacy channel were as low as it was from other channels, the overall mortality reporting rate would be 88% lower," an FDA official wrote.

In its statement to CNN, Acadia cited this conclusion from the FDA about how an already sick population of end-stage Parkinson's Disease patients and Nuplazid's distribution system have contributed to the reports of death and other adverse events. The companyâ€¯saysâ€¯it is committed to "rigorous and ongoing safety monitoring and reporting."

"We are confident in NUPLAZID's efficacy and positive benefit/risk profile as described in the FDA approved label and stand firmly behind it," Acadia said. It pointed out that the Movement Disorder Society has listed it as the only drug that is both "efficacious" and has an acceptable risk without specialized monitoring, when compared to other drugs that are not approved for PDP but are commonly used to treat it. Acadia has provided grant funding to this organization, which the company says was used for educational events and was unrelated to the report that came to this conclusion. One of the authors of the paper, however, told CNN he has received payments as a consultant for the company and sits on its scientific advisory board -- a relationship the journal did not deem a conflict based on his contributions.

Nuplazid is only approved to treat Parkinson's Disease Psychosis, or PDP. It isâ€¯not approved to treat dementia. But this same boxed warning was required on Nuplazid because of the data presented during the approval process of the drug showing that the risk of death among PDP patients taking Nuplazid was similar to that of dementia patients taking antipsychotics. So even though the black box warning is specifically worded for dementia patients, the FDA confirmed to CNN that it is intended to apply to PDP patients as well.

That means prescribers and patients should be aware that those with PDP are also at an "increased risk of death" as described in the warning label.

Acadia says that patients, caregivers and prescribers need to consider Nuplazid's label and black box warning in the context of each patient's "assessed benefit /risk and other factors" -- including their age and the severity of their condition.

Do you have information to share about Nuplazid or other drugs? Email us at watchdog@cnn.com.