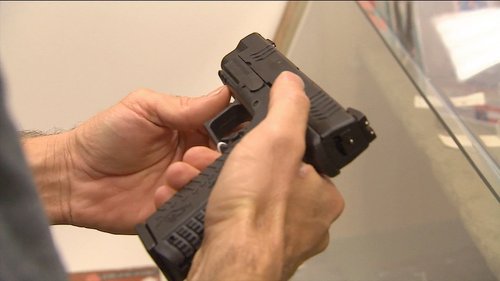 North Carolina lawmakers are once again pushing to arm teachers with guns, and they're trying to make it worth teachers' while.Filed on Wednesday, the...

North Carolina lawmakers are once again pushing to arm teachers with guns, and they're trying to make it worth teachers' while.

Filed on Wednesday, the School Security Act of 2019 would give a 5% salary boost to teachers who undergo basic police training.

These 'teacher resource officers' could carry guns in an open or concealed manner, and they would have the same arrest powers as police officers, the bill says.

Republican State Sen. Warren Daniel, one of the bill's sponsors, told CNN the proposal 'is a way to put a lot of security on the ground in our schools.'

He added, 'It's extremely costly to put a school resource officer in every school ... and there's a great shortage of the number of applicants to law enforcement agencies. This bill is an attempt to bridge that gap.'

Daniel and two other Republican lawmakers introduced the same bill last session, but it died in committee.

A similar bill to arm teachers has been proposed in the state House this year, but it does not include a pay raise.

Most teachers are against the idea

The National Education Association found in a 2018 poll that an overwhelming majority of teachers would not want to carry a gun in school.

Mark Jewell, president of the North Carolina Association of Educators, called the bill 'a disaster waiting to happen.'

'We don't need firearms in our schools,' Jewell told CNN. 'Guns could endanger both students and other adults in the building.'

He said the organization supports improving structures and taking other security measures to keep out people who want to do harm.

'Teachers need to be armed with support specialists such as psychologists, counselors and nurses to address the social, emotional and psychological health needs of our students,' Jewell added.