Paul Manafort gets 47 months. Legal experts share examples of people who got more time for less 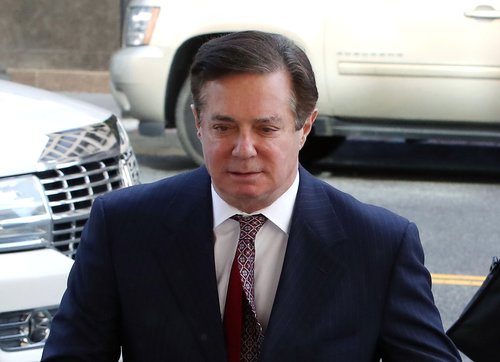 When Paul Manafort was sentenced to...

When Paul Manafort was sentenced to about four years in federal prison, the backlash was fast and furious.

Judge T.S. Ellis sentenced Manafort to 47 months Thursday for defrauding banks and the government, and failing to pay taxes on millions of dollars in income earned from Ukrainian political consulting. It was a far cry from the 19 to 25 years prosecutors said he deserved.

He'll receive another sentence from a different federal judge next week for the two crimes he pleaded guilty to last year -- witness tampering and conspiracy related to years of illegal Ukrainian lobbying and money laundering. That sentencing could stack on top of the time he received Thursday.

Some got harsher sentences for doing less, experts say

Legal experts, lawmakers and others criticized Thursday's sentence on Twitter and outlined other instances in which suspects received harsher punishments for lesser crimes. Others cited the case as an example of the sentencing differences between white collar crime and street crime, and what they described as racial disparities within the criminal justice system.

Scott Hechinger, who works as a public defender in New York, highlighted cases where suspects got harsher sentences. Just a day earlier, he said, his client was offered a sentence of between 36 to 72 months for stealing $100 in quarters from a residential laundry room.

He also shared the story of Crystal Mason, who got five years in prison for voting illegally in the 2016 presidential election while on supervised release for a tax fraud conviction.

"Manafort was sentenced to less than a woman who voted while on probation without knowing she wasn't allowed to," he tweeted.

Social media users also brought up Juanita Peralta, a mother of six who got 15 years in prison for drug possession, according to the Oklahomans for Criminal Justice Reform, which launched an effort to get her sentence commuted. Her 18-year-old is now raising five kids.

Hechinger also shared the story of Matthew Charles, who was released after serving 21 years of his 35-year sentence for selling crack cocaine.

"Got a job, began volunteering, reconnected with family. The prosecution appealed. He was thrown back in jail. Fortunately, just released again. But should have never gone back," he said.

Charles was convicted in 1996 of selling crack and illegally possessing a gun. At the time of his sentencing to decades in prison, he had previous convictions involving drugs, weapons and assault.

He was released in 2016, but an appeals court reversed a judge's ruling and he was ordered back behind bars to finish serving his 35 years. He was sent back to prison last year, and his case led to national headlines and his release in January this year.

Others cite a broken US justice system

Others brought up the case of Kalief Browder, who was 16 when he was arrested in New York and spent three years behind bars without being convicted of a crime. He was later charged with robbery and released in 2013 when the charges against him were dropped. He killed himself two years later.

"Kalief Browder did almost as much time on Rikers pre-trial for the charge of stealing a knapsack," Ara Wilson tweeted.

Hechinger said he is not trying to make a case for harsher sentences for Manafort and other suspects.

"I am simply pointing out the outrageous disparity between his treatment and others, disproportionately poor and people of color," he tweeted.

But in response to his tweets, some said the main issue is not Manafort's 47-month sentence but the nation's justice system that imposes harsher crimes and mandatory minimums for lesser crimes.

Jon Cooper, chairman of the Democratic Coalition said Manafort's sentencing highlights "the terrible inequalities" of the US justice system.

"My view on Manafort sentence: Guidelines there for a reason. His crimes took place over years and he led far from a 'blameless life,'" she tweeted. "Crimes committed in an office building should be treated as seriously as crimes committed on a street corner."

The judge has come under fire for saying that while Manafort committed "very serious crimes," he had "lived an otherwise blameless life" and was admired by many people.