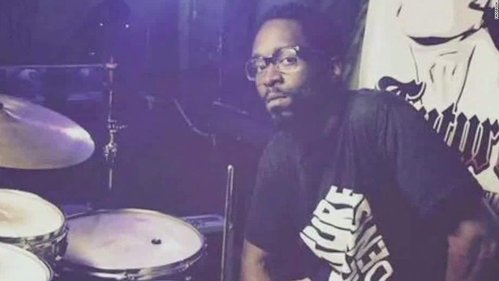 A jury found a former South Florida police officer guilty Thursday in the fatal shooting of a motorist whose vehicle had broken down....

A jury found a former South Florida police officer guilty Thursday in the fatal shooting of a motorist whose vehicle had broken down.

Nouman Raja was working for the Palm Beach Gardens police when he shot and killed Corey Jones, 31, on October 18, 2015. He was convicted on two counts -- manslaughter while armed with a firearm and attempted first-degree murder -- in Palm Beach County court. He'll be sentenced April 26.

Jones was a drummer who had just played a gig and was heading home when his car broke down around midnight. He had called for a tow truck after making several calls to a roadside assistance service, according to Benjamin Crump, an attorney for the family.

Raja -- who was on duty but was wearing civilian clothing and driving an unmarked car -- pulled up to check out what he thought was an abandoned vehicle at 3 a.m., authorities said.

According to CNN affiliate WPBF, defense attorneys told the jury Raja fired after Jones pointed a gun at him.

"What choice in this terrible tragedy does Officer Raja have but to fire a gun?" asked Raja's attorney, Richard Lubin, in his closing argument. Lubin said Raja identified himself as a police officer.

But prosecutors said Jones -- who possessed his gun legally -- thought he was being robbed when Raja, in plainclothes and driving an unmarked van, approached and did not identify himself as an officer, WPBF reported.

"Corey Jones did not just jump out of the car and point a gun at him," Assistant State Attorney Adrienne Ellis told the jury.

Raja fired six shots, hitting Jones with three of them, CNN affiliate WPTV reported. Crump, the family lawyer, told CNN that Jones never fired his gun and had tried to run away.

The four-man, two-woman jury deliberated about four hours, WPTV reported. Raja, who did not testify in his own defense, was taken into custody after the verdict.

Jones' death is one of a series of controversial police shootings that have sparked protests nationwide and raised questions about race and policing. Jones was black and Raja is Indian-American.

"This wasn't nothing about race, this was about justice. This was about the truth. And the truth caught up with him," Jones' father, Clinton Jones Sr., said after the verdict.

Assistant State Attorney Alexcia Cox told reporters the case showed her "that justice is blind -- and we really have a great system. Justice can be served no matter who you are."