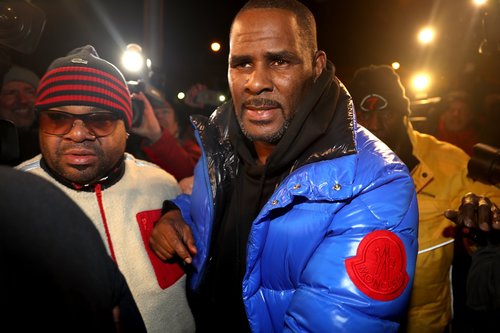 In his first TV interview since he was charged with sexual abuse last month, a tearful R. Kelly says he is "fighting" for his life.In a teaser for an...

In his first TV interview since he was charged with sexual abuse last month, a tearful R. Kelly says he is "fighting" for his life.

In a teaser for an interview that will air in full over two days starting Wednesday on "CBS This Morning," Kelly says allegations he slept with underage girls are not true and a product of "people," whom he did not identify specifically in the released clip, "going back to my past."

"They're going back to the past and they trying to add all of this stuff now to that, to make all of the stuff that's going on now [feel] real to people," he tells Gayle King.

At one point, Kelly points to the camera and says it would be stupid of him to hold girls against their will.

Kelly then appears to begin crying.

The indictment accuses Kelly of sexual acts with three children older than 13 but younger than 17. There is no age range listed for one of the alleged victims. The charges say Kelly used force or the threat of force.

His attorney, Steve Greenberg, has said his client is innocent.

"I think all the women are lying," Greenberg said after Kelly turned himself in to police.

The charges span from 1998 to 2010, according to Cook County, Illinois, State's Attorney Kim Foxx.

If convicted, Kelly faces three to seven years in prison for each count.

Kelly has been associated with accusations of abuse, manipulation and inappropriate encounters with girls and young women for more than two decades.

He has strongly denied the accusations.