Was Luke Perry too young for a stroke? No, they can happen at any age 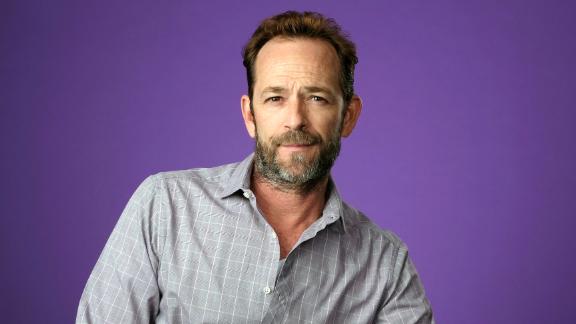 The death of Luke Perry, after the actor suffered what his publicist said was a massive stroke, is evidence that the disease can affect people of any age, the American Heart Association said.

The death of Luke Perry, after the actor suffered what his publicist said was a massive stroke, is evidence that the disease can affect people of any age, the American Heart Association said.

"Although stroke often affects older individuals, it is not only a disease of the elderly," said Mitchell S. V. Elkind, chair of the American Stroke Association Advisory Committee. "There is evidence that stroke rates among young people are increasing in the United States and this requires additional research."

A 2017 report by the American Academy of Neurology found that 15% of all ischemic strokes happen to young adults and adolescents. But a lack of research, awareness and frequency makes diagnosing the symptoms early on a challenge.

Ischemic strokes account for 87% of all stroke cases. They occur when a blood vessel becomes blocked by fatty deposits and blood has trouble passing through to the brain.

Other types of strokes include thrombotic ischemic stroke -- triggered by a blocked vessel -- and a hemorrhagic stroke, caused by weakened blood vessels that rupture and bleed into the brain.

The cause and type of Perry's stroke has not been revealed. But Elkind said it's important to know risk factors and symptoms.

Smoking, diabetes, high blood pressure, high blood cholesterol, obesity and other cardiovascular diseases put people at greater risk for stroke, the heart association said. Avoiding diets with high calories, lots of saturated fat, trans fat and sodium can reduce the risk, as can getting 150 minutes of activity each week, the association said.

The American Heart Association recommends using the acronym F.A.S.T. to remember how to catch the warning signs of a stroke: