R. Kelly pleads not guilty to all counts of aggravated sexual abuse 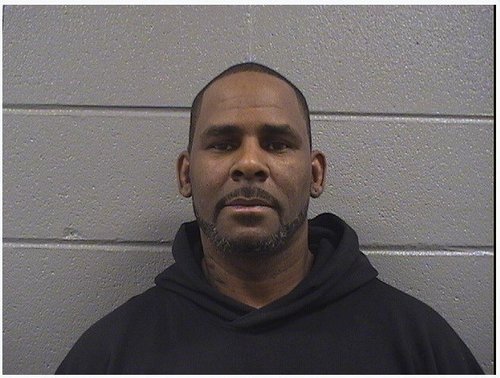 [Breaking news update at 10:57 a.m. ET]R. Kelly has pleaded not guilty on all 10 counts of aggravated sexual abuse against him. His a...

R. Kelly has pleaded not guilty on all 10 counts of aggravated sexual abuse against him. His attorney Steve Greenberg entered the plea for the R&B singer in a Chicago courtroom.

After spending the weekend in jail, R. Kelly is back in court Monday for the second time in two days.

Kelly, one of the most successful R&B acts of all time, was indicted on 10 counts of aggravated sexual abuse against four victims, prosecutors said. Three of the accusers would have been underage at the time of the alleged crimes.

Wearing an orange jail jumpsuit and flanked by two sheriff's deputies, Kelly entered a Chicago courtroom Monday morning to learn which judge will preside at trial.

But Kelly couldn't come up with the cash. The 52-year-old has a spate of financial problems -- including unpaid rent and unpaid child support.

'This is someone who should be wealthy at this stage of his career,' Kelly's attorney Steve Greenberg said. He said 'mismanagement,' 'hangers-on' and 'bad deals' are some of the reasons Kelly 'really doesn't have any money at this point.'

So for now, Kelly will keep going back and forth between Cook County Jail and the courthouse.

Prosecutors said there is a video that shows multiple sex acts, allegedly with Kelly and a girl who repeatedly refers to her 14-year-old genitalia.

But Kelly's attorney said he doesn't believe the accusers.

'I believe all the women are lying,' Greenberg said.

Michael Avenatti, an attorney for one of the accusers, fired back at Greenberg, calling his statements 'outrageous and completely unprofessional.'

According to court documents reviewed by CNN, Kelly owed more than $169,000 in unpaid child support to his ex-wife as of February 6.

The court ordered Kelly to make a monthly payment of $20,833 on January 8, 2009, but Kelly failed to show up to that hearing, per court documents.

Greenberg told CNN his client 'does not have to pay the child support before getting out.'

Kelly also risked eviction at his Chicago studio last month because he owes more than $166,000 in unpaid rent.

Court documents show a judge signed an eviction order in January. The documents show Robert Kelly needed to move out on or before January 21, but Kelly was still at the studio minutes before he turned himself in to police on Friday night.

The eviction process began in July 2018 when the landlord, Midwest Commercial Funding LLC, said Kelly defaulted on the lease by initially failing to pay more than $79,000 in rent. The back rent continued to pile up, and the judge finally signed off on an eviction.

According to The Atlanta Journal-Constitution, Kelly also owes a Georgia property management company more than $31,000 in past due rent payments for two homes in suburban Atlanta.

Under the terms of his bond, Kelly must surrender his passport and is forbidden from having contact with anyone under the age of 18.

During a hearing Saturday, prosecutors detailed the crimes Kelly is accused of committing, which allegedly took place between 1998 and 2010.

Foxx said one of the alleged victims gave authorities a shirt she wore during an alleged encounter with the singer, which later tested positive for Kelly's DNA. Prosecutors also alleged that Kelly spit on two of his alleged victims.