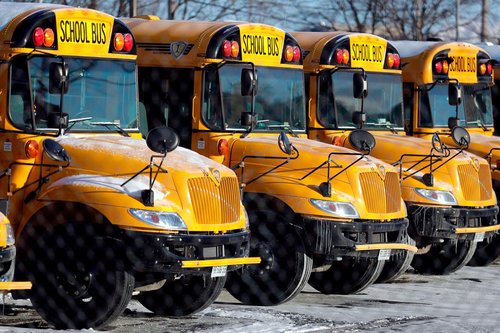 An elementary school in Virginia is apologizing for cultural insensitivity after a physical education lesson featured a game that required students to imitat...

An elementary school in Virginia is apologizing for cultural insensitivity after a physical education lesson featured a game that required students to imitate moving through the Underground Railroad.

As part of Black History Month, students in grades three to five at Madison's Trust Elementary in Brambleton took part in an activity about the Underground Railroad that required them to overcome a physical obstacle, the school district said.

It involved groups of students pretending to be runaway slaves as they moved through an obstacle course that represented the Underground Railroad, according to the Loudoun Times-Mirror. It said an African-American student was designated as a slave for the activity, citing Loudoun NAACP Chapter President Michelle Thomas, who said she's received several complaints from parents.

The Underground Railroad was a covert network of safe houses and people in the United States that helped fugitive slaves escape to freedom.

The class activity happened at the beginning of this month, and aimed to encourage students to work as a team and overcome hurdles, including getting between stations using a scooter without touching the ground, or moving through hula hoops without knocking them over, according to spokesman Wayde Byard of Loudoun County Public Schools.

"The lesson was culturally insensitive to our students and families ... my sincerest apology to our students and school community," Principal David Stewart said in a statement. "This is contradictory to our overall goals of empathy, affirmation and creating a culturally responsive learning environment for all."

The content will be retaught in class within "an appropriate and respectful context," he said.