Jussie Smollett case: Everything we know so far 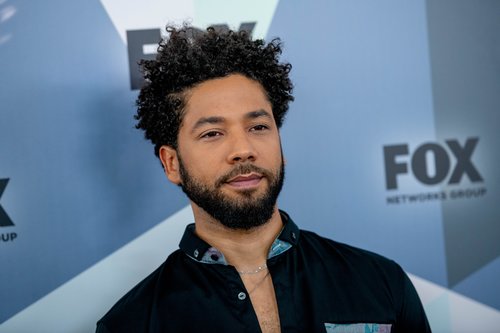 It's been two weeks since Jussie Smollett says he was attacked in a Chicago neighborhood and a lot has occurred thus far.With all the twists and turns...

It's been two weeks since Jussie Smollett says he was attacked in a Chicago neighborhood and a lot has occurred thus far.

With all the twists and turns it can be hard to keep up with the case, but here's what we know so far:

Chicago police confirmed they were investigating a possible hate crime against Smollett.

The said that in the early morning of January 29 he was attacked by two people who were "yelling out racial and homophobic slurs" and "poured an unknown chemical substance on the victim" in the Streeterville neighborhood where he had been staying while filming his hit TV show "Empire."

Smollett took himself to Northwestern Memorial Hospital where he and a friend spoke with CNN's Don Lemon and confirmed the incident had happened.

He identifies as gay and since 2015 has portrayed the gay character of Jamal, a successful singer in the musical Lyon family on his show.

"We are deeply saddened and outraged to learn that a member of our 'Empire' family, Jussie Smollett, was viciously attacked last night," a representative of 20th Century Fox Television and Fox Entertainment said in a statement to CNN. "We send our love to Jussie, who is resilient and strong, and we will work with law enforcement to bring these perpetrators to justice. The entire studio, network and production stands united in the face of any despicable act of violence and hate -- and especially against one of our own."

"We have to love each other regardless of what sexual orientation we are because it shows that we are united on a united front," Daniels said in a video. "And no racist f*** can come in and do the things that they did to you. Hold your head up, Jussie. I'm with you."

Chicago Police spokesman Anthony Guglielmi told CNN authorities had video of Smollett entering the Lowes Chicago after the alleged attack with what appeared to be a noose around his neck.

According to Guglielmi Smollett told detectives during his walk back from Subway sandwiches, he was attacked by two men near the lower entrance of the Lowes.

The actor told police the two men yelled "'Empire' fa***t" and "'Empire' n***er" while striking him, before putting a noose around his neck and pouring an unknown substance on him.

Police were called 30 to 40 minutes after the attack took place, Guglielmi said.

Investigators said they had both the rope and Smollett's sweater in their custody and were testing for the unknown substance on them.

We also learned that Smollett and his manager Brandon Moore said they were speaking on the phone at the time of the attack.

A day after the incident, Guglielmi tweeted that Investigators had located a surveillance camera that showed two people wanted for questioning.

Police released an image of two individuals walking down a sidewalk. Their faces were not visible.

Police told CNN they had not yet found still images or video of the actual incident.

Smollett is the member of a large family that includes several siblings who are also in the industry.

The family released a statement standing with the "Empire" actor and thanking everyone for their support after what they called an act of "domestic terrorism."

"Jussie has told the police everything from the very beginning," the statement said, "His story has never changed, and we are hopeful they will find these men and bring them to justice. "

Guglielmi told CNN that a letter containing a white powder was received on January 22 at Cinespace Studios in Chicago where "Empire" is filmed."

The prompted a response from the hazardous materials unit, he said.

Guglielmi said authorities determined the powder to be aspirin, but he declined to give details on the content of the letter and said the FBI was leading the investigation into it.

A spokesperson for 20th Century Fox Entertainment, which produces the series, declined to comment when reached by CNN.

A neighbor who lives in Smollett's apartment building told police she saw a "suspicious man" who had what appeared to be a rope outside the building, Guglielmi told CNN.

The unidentified neighbor also told police she saw another man in the vicinity of the building.

Detectives met with the woman and took her statement, Guglielmi said.

The actor thanked his supporters the Friday after the attack and said he was OK.

In a written statement first published by Essence magazine, Smollett said "My body is strong but my soul is stronger."

"I am working with authorities and have been 100% factual and consistent on every level," Smollett wrote. "Despite my frustrations and deep concern with certain inaccuracies and misrepresentations that have been spread, I still believe that justice will be served."

Smollett performed his first concert since the attack at West Hollywood's Troubadour club on February 3 and tearfully talked to the audience about what happened.

He also clarified his injuries, saying he was bruised but his ribs were neither cracked nor broken.

Hesitant to report the incident

According to a redacted Chicago police report obtained by CNN through a FOIA request, Smollett was initially hesitant to report the attack

On Thursday "Good Morning America" aired its interview with Smollett talking to Robin Roberts about what he says happened.

He said he was "forever changed" by the incident and was "pissed off" by both the attack and the doubt that has been cast over his story.

Smollett shared details about his attack. He told Roberts one of the attackers said "'This MAGA country n****r' and he punched me in the face so I punched his a** back."

"It feels like if I had said it was a Muslim or a Mexican or someone black I feel like the doubters would have supported me a lot much more," Smollett said. "And that says a lot about the place where we are as a country right now."

He also said he respects victims of hate crimes too much to lie about what happened.

The star theorized that he had been targeted because of his vocal criticism against Donald Trump and his administration, telling Roberts, "I come really hard against 45."

One of the two men investigators questioned as persons of interest in the alleged attack has appeared on Smollett's series, Guglielmi said Thursday.

Guglielmi had said earlier on Twitter that "the people of interest are alleged to be in the area where a crime was reported. They are not considered suspects at this time."

The two men are Nigerian brothers and were questioned by police after flying into Chicago-O'Hare International Airport from Nigeria on Wednesday evening, Guglielmi said.