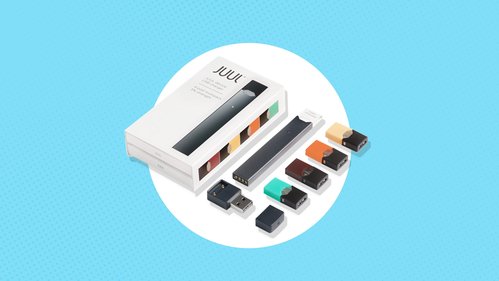 Public health experts are continuing to sound the alarm on the teen vaping epidemic, tying the 1.3 million increase in teen tobacco users from 2017 to 2018 d...

Public health experts are continuing to sound the alarm on the teen vaping epidemic, tying the 1.3 million increase in teen tobacco users from 2017 to 2018 directly to e-cigarettes. The rise has been so significant that it has wiped out any progress in declining youth tobacco use in recent years, according to a report published Monday.

The report from the US Centers for Disease Control and Prevention specifically singled out e-cigarette giant Juul as a contributing factor to the escalating rates.

'The bottom line is, we have considerably troubling news on the tobacco control front when it comes to kids,' said Brian King, a deputy director in the CDC's Office on Smoking and Health and co-author of the report.

King said that the rise in vaping was the single biggest jump in teen use of a tobacco product since the beginning of the survey in 1999.

Vaping is the most common form of teen tobacco use

Among all tobacco products, including cigarettes, chewing tobacco and hookah, e-cigarettes -- also known as vapes -- were the ones most commonly used by teens; 3.05 million or 20.8% of high school students and 570,000 or 4.9% of middle school students said they vaped at least once in the previous month. Also, there were 1.5 million more teens using e-cigarettes in 2018 than in 2017.

The researchers also found no significant change in the current use of combustible tobacco products by teens, other than e-cigarettes, that drove the overall increase in youth tobacco use. Notably, no decline in use of other tobacco products was identified.

The report points out that the rise in vaping coincided with the increasing market popularity of Juul. 'It's no coincidence that we've seen a sharp uptake in Juul sales,' King said. From 2016 to 2017, the sales of Juul increased by approximately 600%, a trend that continued through 2018.

And although King pointed out that Juul was not 'the only game in town,' it has held the largest market share of any e-cigarette: more than 70%.

'We are committed to fighting underage use of vaping products, including JUUL products,' Juul spokeswoman Victoria Davis said in a statement Monday. She pointed out that the CDC's data was initially presented last fall, and since then, the company has implemented a plan to reduce underage use; it 'stopped the sale of flavored JUULpods to retail stores, enhanced our online age-verification, and [is] continuously working to remove inappropriate third-party social media content.'

Juul's popularity has been linked to aggressive marketing and its wide variety of flavors popular with youth. A single Juul liquid nicotine pod can contain as much nicotine as a pack of cigarettes, 'which can harm the developing adolescent brain,' King said. Because teens' brains are still developing, they can be more susceptible to addiction.

King said he and his colleagues found that not only was overall use of tobacco products rising, so was frequency. From 2017 to 2018, the percent of high school students who went from current e-cigarette users, using at least once in the previous 30 days, to frequent users, or using 20 or more times in the previous 30 days, jumped from 20% to 27.7%.

Because of the significant rise in vaping by teens, the US Food and Drug Administration announced new restrictions on e-cigarette sales in November, including restricting sales of flavored e-cigarettes to locations with age restrictions and requiring advanced age verification processes for online vaping sales.

And in December, the US surgeon general issued a call to action over the health consequences of e-cigarette use by teens, which had previously been declared an epidemic.

Last week, FDA Commissioner Scott Gottlieb sent letters to the CEOs of Juul and tobacco company Altria, requesting a meeting to discuss the youth vaping epidemic and the implications of Altria's recent $13 billion stake in Juul.

'After Altria Group, Inc.'s acquisition of a 35 percent ownership interest in JUUL, many of JUUL's public statements seem inconsistent with its previous representations to the FDA,' Gottlieb said in the letter to Juul's Kevin Burns.

'I have no reason to believe these youth patterns of use are abating in the near term, and they certainly do not appear to be reversing. Manufacturers have an independent responsibility to take action to address the epidemic of youth use of their products,' he added.

Although the new report found high increases in e-cigarette use were high, they were not seen across the board in the high school and middle school populations. Vaping was the most commonly used tobacco product among white and Hispanic high school students, but cigars were more common among black high school students.

'It's important to note that there are variations' in use, King said. 'We don't want to play public health Whack-A-Mole. We want all forms of tobacco use to decline.'

It's not complicated to make sure we are moving in that direction, he said. 'We don't need to reinvent the wheel. We just need to grease the squeaky wheel.' He pointed to interventions such as increasing the minimum age for tobacco sales, as a number of states have done, and including e-cigarettes in anti-smoking education and efforts.