McAuliffe predicts Northam 'will do the right thing' 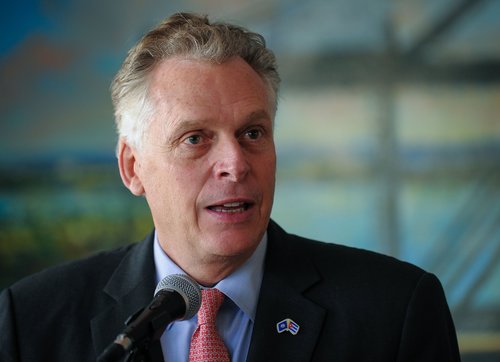 "Ralph will do the right thing for the commonwealth of Virginia," McAuliffe said on CNN's "State of the Union" with Jake Tapper. "He will put Virginia first. And I think that will happen relatively soon."

Northam said Saturday he would not step down despite mounting pressure to leave office following the revelation about a racist photo in his yearbook. McAuliffe called for Northam to step down on Friday shortly after publication of the photo, and as pressure has mounted on Northam, McAuliffe predicted he would step aside.

"I know in his heart, he's going to do the right thing," McAuliffe said.

McAuliffe said he did not believe it would come to the point of Northam being forced out of office and predicted Lieutenant Gov. Justin Fairfax would do "a great job of bringing folks back together."

Prior to his election as governor in 2017, Northam was McAuliffe's lieutenant governor, and asked on Sunday if Northam had been racist in the past, McAuliffe said he had "zero indication of that."

The original photo in question depicts one person in blackface and another in a KKK outfit, and although Northam said Saturday he did not believe he was either person in the photo, he told reporters that he had once darkened his face to look like Michael Jackson for a dance competition.

Northam pledged on Saturday to stay in office and "continue doing the business of Virginia," arguing that resigning would be easier at the cost of avoiding "an honest conversation" he felt worthwhile.

Like McAuliffe, however, NAACP president Derrick Johnson also predicted on Sunday that Northam would not be able to stay on through the scandal.

In an interview on ABC's "This Week," Johnson said at this point it did not matter whether or not Northam was in the yearbook photo, and that a better way to handle the issue would have been to "disclose early" and seek a way to "make amends" for his past behavior.

"Whether he actively participated or passively was present, he not one time up unto this point acknowledged that this took place, objected to that behavior or stated that, you know, I had a different upbringing, and I was a part of a southern culture that embraced this racist, vile behavior, and I'm a changed man now, and as a result of that, I denounce that activity," Johnson said.

What you need to do to get your government stimulus check