Sen. Sherrod Brown: I could beat Trump in Ohio and New York 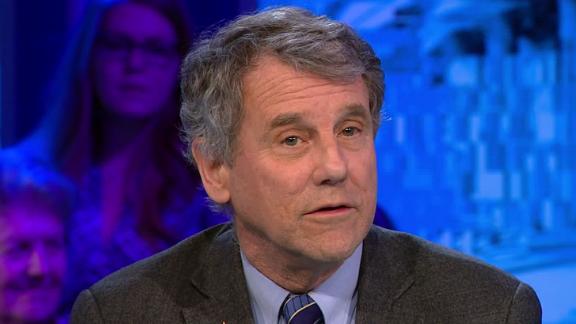 CNN's Van Jones sits down with Sen. Sherrod Brown (D-OH) to discuss the political field and a potential 2020 presidential bid.

Sen. Sherrod Brown says he could defeat President Donald Trump in Ohio and New York in 2020, even though he won't say if he's running for president yet.

Brown said he is still weighing a presidential bid with his family and said he likes the diversity and energy in an increasingly crowded Democratic field. He is going on a listening tour about "the dignity of work" in four early primary states.

"Too many national Democrats think that we either speak to the progressive base or you speak to the workers," Brown said. "When in fact, it's not an either-or, you got to do both."

Brown secured his re-election by 6 points in a state that Trump won by 8 points in the 2016 election. In his victory speech, Brown called his win "the blueprint for our nation in 2020."