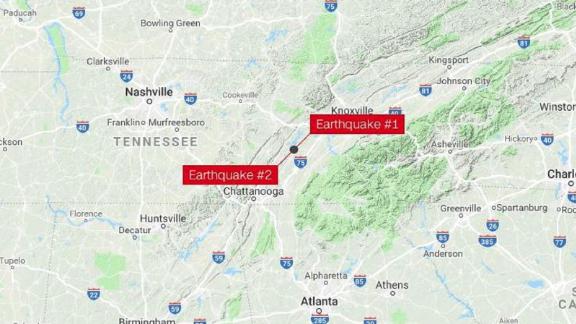 The first one, a preliminary 4.4-magnitude earthquake, occurred at 4:14 a.m. local time. It was the second strongest quake on record in east Tennessee, the local National Weather Service tweeted, citing USGS.

The earthquakes were felt hundreds of miles away, including in Atlanta, and the surrounding states of Alabama, Kentucky and the Carolinas.

Residents near the center of the quakes saw photos and other items falling over, the Meigs County Sheriff's Department said.

There were no immediate reports of major damage.