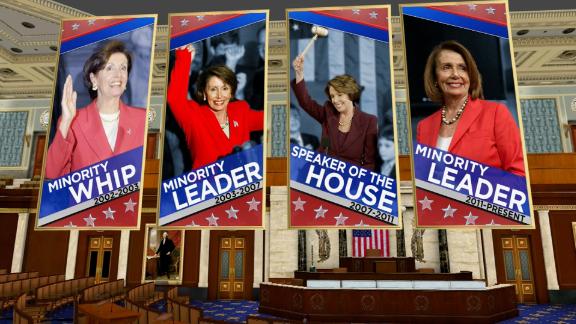 CNN's Tom Foreman takes a look at the different scenarios and challenges Nancy Pelosi may be facing in the run-up to the vote for House Speaker.

A group of House Democrats released a letter Monday vowing to vote against Nancy Pelosi in the race for House speaker -- the first major, public warning shot from detractors of the California Democrat as they try to kneecap the longtime leader's bid for speaker and their most aggressive move yet.

Sixteen Democrats have signed on to the letter, a number that complicates the math for Pelosi to reclaim the title of speaker, a position she previously held from 2007 to 2011. Pelosi continues to project confidence that she has the votes to be elected speaker and she is still running unchallenged, though Rep. Marcia Fudge of Ohio has said she is considering entering the race.

"As we head toward the 116th Congress and reclaim our Democratic majority, we believe more strongly than ever that the time has come for new leadership," the letter states.

Ben McAdams of Utah, who ran against Republican Rep. Mia Love and whose race has not yet been projected by CNN, also signed.

Rep.-elect Abigail Spanberger of Virginia has said she will vote against Pelosi on the House floor but that she does not plan to sign onto the letter.

House Democrats will pick their nominee in the speaker's race the week after Thanksgiving with a majority vote. The final vote on the House floor will take place when the next session of Congress convenes in January.