The worst of Trump's pardons 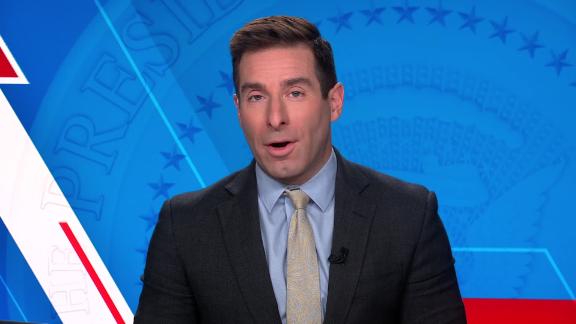 CNN's Legal Analyst Elie Honig reacts after President Trump pardoned his former chief strategist Steve Bannon hours before he is scheduled to depart the White House for a final time.

In his final full day in office, President Donald Trump refrained from the most outrageous possible abuses of the pardon power. Perhaps wary of causing political backlash, given his impending Senate impeachment trial, Trump has not pardoned himself, his children or his personal lawyer, Rudy Giuliani.

But make no mistake: With his final batch of 73 pardons and 70 sentence commutations, Trump offered up one last burst of cronyism and self-dealing. While Trump issued pardons to several recipients whose cases had been rightly advocated by criminal justice reform groups, he also doled out free passes to an unseemly lineup of criminals who apparently have been granted mercy based largely on their personal connections to Trump, their wealth and access or their status as celebrity objects of fascination.

This is, needless to say, not how pardons are supposed to work. The best way to understand Trump's abuse of the pardon power is by comparing his actions to those of his immediate predecessors. President Barack Obama issued far more pardons and commutations than Trump has. But the vast majority of Obama's grants of leniency went to nonviolent drug offenders who had received harsh prison sentences and to whom Obama had no personal or political connections -- while Trump's pardons have gone largely to his own political and personal allies and other well-connected recipients.

President George W. Bush wrote that he was taken aback by the last-minute blitz of pardon requests from well-connected individuals during his final days in office. Bush resolved not to grant any such requests but rather to consider only those pardon applications that had been vetted by the Justice Department's Office of the Pardon Attorney (who traditionally provides nonbinding guidance to the President to ensure that pardons are properly vetted and equitable). In contrast, Trump has largely ignored the pardon attorney.

Here's a rundown of the most odious of the pardons and commutations that Trump granted in his final hours, in his own version of Pardongate:

Steve Bannon. Bannon brazenly ripped off Trump's own most ardent followers who donated to a scam called "We Build the Wall," federal prosecutors said. Bannon allegedly defrauded donors of hundreds of thousands of dollars they'd given to that fund and used the money for his own lavish personal lifestyle. Now, Trump has let Bannon off the hook, while hanging his own most fervent supporters out to dry.

Elliott Broidy. The former Republican Party and Trump fundraiser pleaded guilty to secretly lobbying the US government on behalf of Chinese and Malaysian interests. The Justice Department previously had declared that Broidy's conduct "poses a serious threat to our national security and undermines the integrity of our democracy." He, too, gets a free pass.

Kwame Kilpatrick. The infamously corrupt former mayor of Detroit had his sentence commuted by the President because, according to the White House news release, he "has taught public speaking classes and has led Bible Study groups with his fellow inmates." That's it. That's the entire rationale.

Paul Erickson. Convicted of wire fraud and money laundering as an offshoot of special counsel Robert Mueller's investigation of Russian interference in the 2016 election, Erickson received a pardon seemingly solely because his case had some connection to Mueller. The White House news release focuses not on Erickson's conduct ("a minor financial crime," it said) but solely on the specious and overwrought claim that this "pardon helps right the wrongs of what has been revealed to be perhaps the greatest witch hunt in American History."

The closest comparison for Trump's endgame pardon blitz happened on President Bill Clinton's last day in office in January 2001, when Clinton doled out over 130 pardons to a group that included his personal and political allies, political donors and his own half-brother. Clinton's actions became known as Pardongate and prompted a federal criminal investigation (which did not result in charges). We'll see if Trump's closing flurry of pardons will bring a similar response.

Gary (New Mexico): Can the Senate hold an impeachment trial after the president leaves office on January 20?

Yes. There is historical precedent for impeaching and trying a federal official after he has left office. On March 2, 1876, Secretary of War William Belknap resigned under political pressure. Later that day, the House impeached Belknap. Then, in August 1876, the Senate held Belknap's impeachment trial (and ultimately acquitted him).

Common sense leads to the same result. Article I of the Constitution permits Congress to disqualify an officer from holding future office. What happens, then, if a president commits an egregious act on his last full day in office, January 19? There would not be time to impeach and formally try and convict that president before he leaves office at noon the next day. So, the only practical way to effectuate the Constitution's disqualification provision is by holding impeachment proceedings after the president has left office.

Jack (Michigan): Can the President still issue pardons, even now that he has been impeached?

Yes, but the confusion here is understandable. Article II of the Constitution provides that the President "shall have power to grant reprieves and pardons for offenses against the United States, except in cases of impeachment." The language here is ambiguous. Read one way, it could appear to say that after the President is impeached by the House, he loses the power to issue pardons. But read another way, it says that the President can issue pardons for criminal offenses but not for impeachment.

The latter reading is correct. There is no provision anywhere in the Constitution, statutes or case law that strips a President of any power solely upon impeachment by the House (though, of course, if convicted in the Senate, the President loses the office and all of its powers).

It would be anomalous for the President to lose only one power -- the power to pardon -- upon impeachment alone. Indeed, all three Presidents who have been impeached -- Andrew Johnson, Bill Clinton and Trump (the first time) -- issued many pardons after their impeachments.

Hi: 42° Lo: 38°
Feels Like: 37°
More Weather
A strong cold front will bring rain and accumulating snow to the Midwest Tuesday along with frigid temperatures overnight.