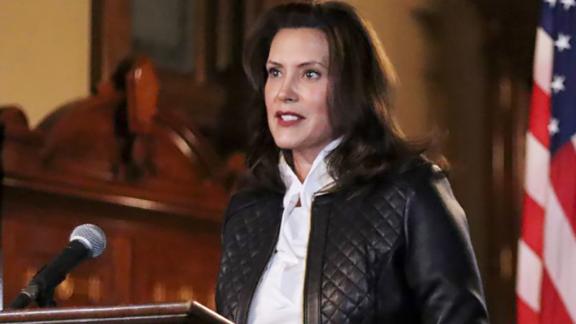 As a prosecutor for more than 14 years, I've seen my share of criminal complaints charging every crime in the book, from murder on down. But Thursday's FBI complaint detailing the alleged plot to kidnap Michigan Governor Gretchen Whitmer and overthrow several state governments is uniquely chilling: It suggests that the nation has gone down a dark new road.

A few things jump out. First, this alleged plot, detailed by federal and state officials, was very plausible. It's frightening to contemplate, but the alleged kidnapping scheme could well have succeeded had it not been intercepted by law enforcement authorities.

This was not some inflated, FBI-generated sting and it went well beyond idle, fantastical chatter or pumped-up bluster. According to the complaint's allegations, the charged defendants held actual "field training exercises;" created and detonated a test explosive device; possessed and trained with firearms; purchased a taser for use in the attack; and conducted coordinated surveillance, during the daytime and at night, of Whitmer's vacation home.

Any sane person shudders to think what they might have done if not caught. One of the defendants allegedly said, "Snatch and grab man. Grab the f***** governor. Just grab the b****. Because at that point, we do that dude -- it's over."

Another defendant suggested, according to the complaint, "Have one person go to her house. Knock on the door and when she answers it just cap her." These are the alleged statements of people who are not just angry, but radicalized, militarized, and willing and able to take action.

That leads to another disturbing element of the alleged plot. The defendants' sole motivation here was political. They did not, apparently, seek money or the kind of retribution seen in many murders and murder conspiracies when the target is personally known to the defendants. Rather, they appeared to targeted Whitmer purely for extremist political purposes.

Several of the defendants allegedly discussed murdering a sitting governor or attacking the statehouse to make a political statement. Driving the point home, one of the conspirators specifically spoke of completing their attack before Election Day, officials said.

It's impossible to ignore the broader political atmosphere here. In the past few months, President Donald Trump repeatedly has declined to unequivocally condemn white supremacist groups, including during the recent presidential debate (though several days later he told Fox's Sean Hannity "I condemn all white supremacists"). And last Spring, he tweeted, "LIBERATE MICHIGAN," in support of protesters -- some heavily armed -- that had rallied at the state Capitol against Whitmer's Covid-based restrictions.

The details of the plot also speak to the potential dangers of online radicalization. Several of the group members met and communicated over Facebook, officials said. And, as the alleged plot developed, the defendants corresponded with one another using encrypted platforms, according to the complaint -- their steps to avoid law enforcement detection further suggesting they had real intent to carry out the plan.

The FBI has warned that extremist groups increasingly are taking to the internet and social media to spread their message and to recruit. The alleged plot provides a tangible example of this phenomenon in action.

This case should put to rest any controversy about whether the threat of far-right extremism is real and pervasive. This case demonstrates that there are people in the United States who are allegedly eager enough to risk their own lives and liberty to carry out a coordinated attack on a public figure purely for political purposes. And our modern technology and easy access to weapons and explosives makes it all too easy for those who are committed enough to turn plans into action.

The FBI recently issued a new warning about the growing threat posed by right-wing extremist groups. Today's complaint proves, in stark and chilling detail, that the FBI was absolutely correct to sound the alarm.