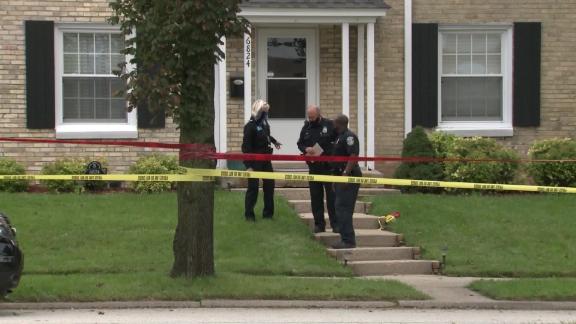 The gunshots that killed a Milwaukee woman in her home a week ago were heard by students in a virtual class whose teacher called 911.

Police found the victim in the kitchen slumped over the stove after the September 11 shooting. She had been shot with a .380 handgun and her brother has confessed to the crime, according to the criminal complaint.

A child was in the house attending online class when the shooting occurred, and when the teacher and other students heard the gunshots the teacher called 911, according to CNN affiliate WISN, which cited the Milwaukee County Medical Examiner's Office incident report.

The victim's sister, who lives in the same house, told police that her brother had been "talking crazy" the day before and the victim had told him he would have to leave the house the next day. The sister says she was asleep in the house and awoke to the sound of five gunshots. When she went downstairs, the brother told her "I'm on way to the police to turn myself in," according to the complaint.

The suspect then walked to police headquarters and told the desk sergeant "his sister no longer existed," and that he had shot her using a .380 handgun, the criminal complaint said.

CNN is withholding the name of both the victim and the suspect to protect the identity of the minor.

Investigators say they found a gun of the make and model described by the suspect at the home. And the suspect was arrested and charged with first-degree reckless homicide with a dangerous weapon and possession of a firearm, according to the criminal complaint.

The judge ordered the suspect to undergo a mental evaluation and a doctor's report will be reviewed by the court on October 5, according to WISN.

One killed after shooting at Muse on Main in Fort Wayne